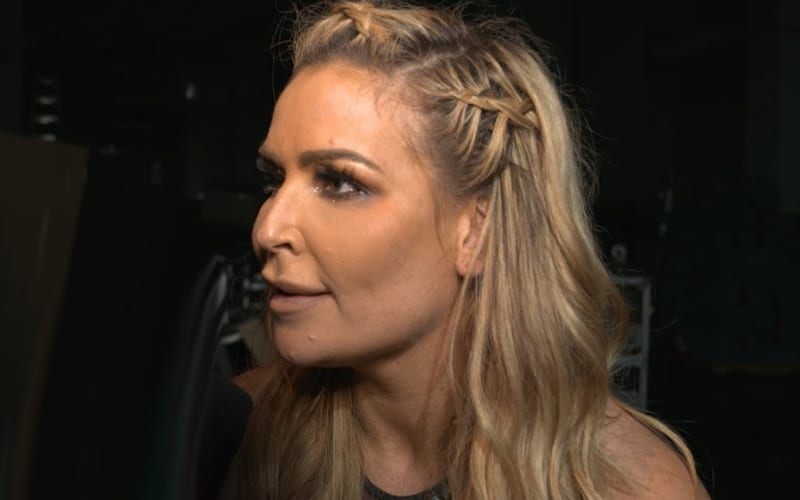 WWE is set to debut Raw inside Tropicana Field’s new ThunderDome. That will be a big night, and they already have plenty booked.

Natalya was very happy about WWE’s move to Tampa. She lives in the city, and grew up there to a great extent.

While speaking to Fox 13, Natalya said that she’s always considered Tampa as her home away from home. She lives very close to WWE’s new ThunderDome setup. It was also a very exciting time for Superstars to enter Tropicana Field to see what WWE set up for them.

“I’ve lived in Tampa for twelve years and then I spent most of my childhood in Tampa. I feel like Tampa is my home away from home.”

“It was cool because we all walked in like kids going to school for the first day like ‘this is so exciting!’

“There’s so much heavy stuff going on in the world and it’s a great way to take your mind off of things and we made it work. We would love to have fans in our audience, but right now the safest way to do it is virtually. I think now, more than ever people want to be included and we’re able to do that during this trying time.”

WWE was able to continue in spite of the pandemic. The ThunderDome was an innovative idea that helped bring fans into the action in the best way possible. The ThunderDome is expected to continue at least through March when WWE must leave their new Tropicana Field setup.