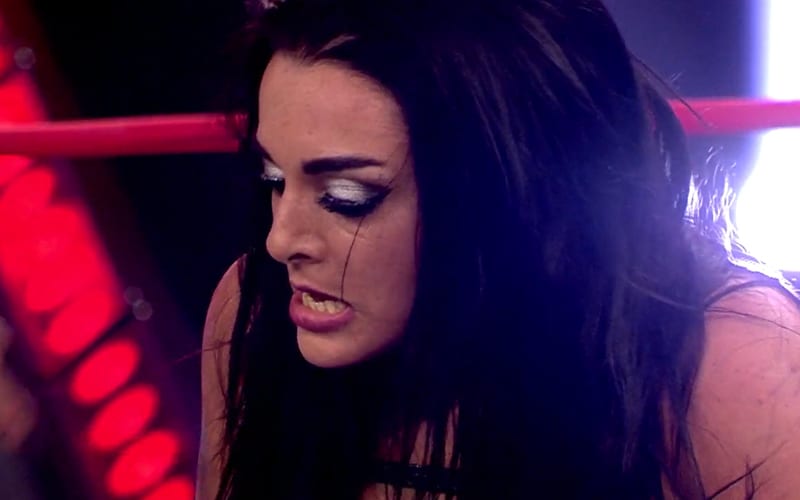 Deonna Purrazzo used to work in WWE NXT as a Superstar. She was fired from WWE back on April 15th due to budget cuts.

It did not take her long to find her footing once again as she appeared on Impact Wrestling the following month in May. Since then Purrazzo won the Impact Knockouts Title and has been a force to be reckoned with.

Purrazzo recently spoke to Wrestling Epicenter and a variety of topics were discussed. Among them was something that several female wrestlers in the world of professional wrestling have faced in their careers.

Some people body shame female wrestlers on social media and Purrazzo has been subjected to that as well. Purrazzo opened up on how she gets affected when she sees comments of that nature directed towards her.

“[Laughs] Well, there was one tweet… And I try not to really engage with those types of fans, if you want to call them fans [laughs]. …But there was one person who tweeted to me that I needed to lose 30 pounds and do some squats,” revealed Purrazzo. “That struck me because I was a little girl that grew up wanting to be a wrestler in a time where women’s wrestlers were size 0 models and they weren’t real women who came in a variety of sizes and shapes. For me, 30 pounds is a lot of weight! I’m not unrealistic with myself. I’ve been through the ringer with anxiety and depression and reclaiming my emotional health and my mental health this year. All of those things contribute to what your physical health looks like.

“And, I might need to lose 5 pounds. I might need to lose 6 or 7 pounds. I’m not against the losing weight part. But, I’m against calling people out for it. And I’m against people who call themselves fans thinking it is okay to criticize a woman’s body because it is more than doing squats. I do squats every day. It is a mental game as well. It is so much more than just working out. You know what I mean?”