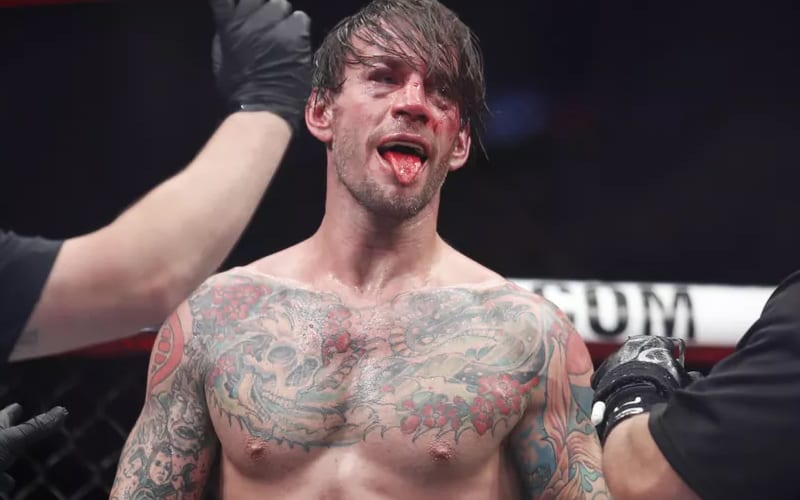 CM Punk wanted to join the MMA world in 2010, but he didn’t have a big enough name to make a ton of money in it at the time. A few years later he took the opportunity and made a lot of money in the Octagon.

While speaking to Renee Young’s Oral Sessions, CM Punk said he wanted to start focusing on MMA training, but his demanding WWE schedule at the time didn’t allow him to do that at all. He eventually did build up his name to fight in the UFC, but it took a bit more time.

“I had planned on leaving when my deal was up at the end of 2010 or 2011. That was kind of my plan because I always thought if I was going to train, it was never just going to be a hobby for me. So, the idea was, I was going to leave.

We previously reported how CM Punk admitted that he did everything backwards in UFC. He took the opportunity to answer back to critics who say to him that he gets paid millions to get beat up in the UFC. His answer is that they need to build their name up enough so someone offers them that kind of money to step in the Octagon.

“I think a lot of people out there who are critical of me and the performances will say, ‘Oh, I’ll get beat up for a million dollars,’ but my retort to that was always, ‘Do the work that I did to get to the point where somebody would offer you that kind of money because there would be an audience to see you fight.’ 73 Twitter followers doesn’t equate to a million-dollar payday to fight. But like I said, everybody’s path’s different. And then I guess I got a little hot there at the end of my run in WWE. I was faced with an opportunity.”

“It was re-signed for three more years even though I was already shot. I was already pretty mentally and physically exhausted, and I obviously re-signed, and then that kind of delayed everything for another three years. The idea was, ‘Let’s do this before you get too old.’ God d**n it, turns out I was too old.”

CM Punk worked incredibly hard to make it as far as he did. That work continues, and we’ll likely see it in the form of many acting roles in the future. He could also have interest in making a pro wrestling return, but AEW seems to have his interest more than WWE.

Punk is still listed as a UFC fighter as well. You never know if Dana White will secure a new fight for the Second City Savior.