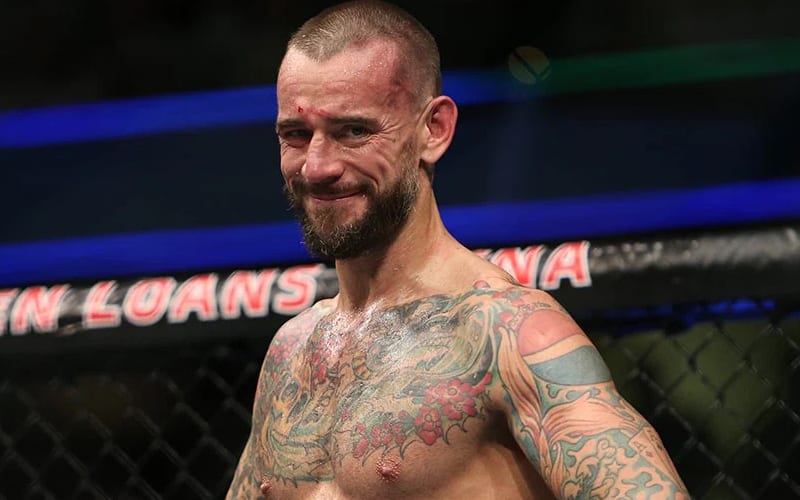 CM Punk left WWE, and he soon started a UFC career. Dana White knew Punk had interest already, and he jumped at the chance to sign the Second City Savior.

During Oral Sessions with Renee Paquette, CM Punk spoke about his UFC career. He said that Dana White called him after he walked out following the 2014 Royal Rumble. White asked Punk what was going on, “they’ve suspended me,” Punk replied. Then White told Punk to call him when he wants to fight.

CM Punk said that he didn’t want to start out like that, directly jumping into UFC headfirst. He wanted to train, and he knew that starting in the UFC wasn’t the way it was done.

“The way I did everything and the way it happened was 100% backwards.”

CM Punk said that he never tries to compare his path to anyone else. He addressed those people who feel like he didn’t deserve a UFC spot. Punk said they didn’t understand. If a big opportunity comes up, he has to at least consider it.

“I’ve been pretty fortunate that I’ve been offered to do some pretty cool sh*t in my life and I never say no to an exciting opportunity, you know whether it’s movies or you know fighting, wrestling, whatever. If the opportunity is there, you at least have to consider it.”

CM Punk expressed interest in a pro wrestling return, but it has to make sense, and be worth it. If it’s not interesting to him, then Punk isn’t going to consider it. He did admit that AEW’s roster seems to have more interesting matches for him.