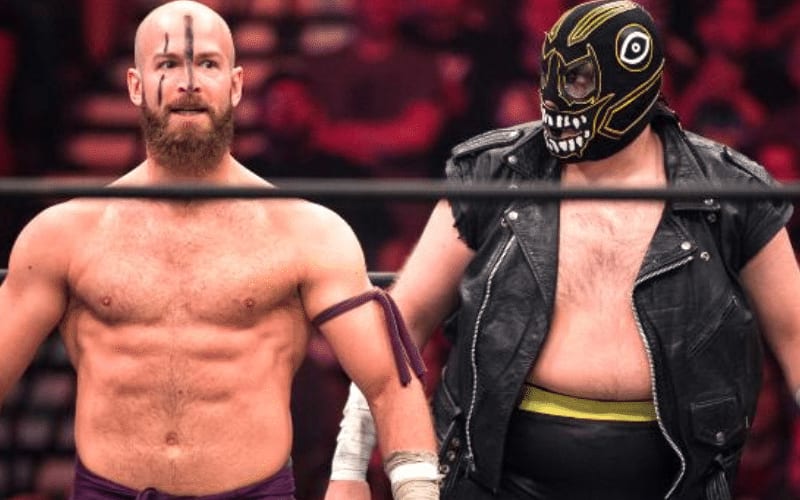 The Dark Order evolved a bit since making their debut on AEW television. The creepers are gone, and the human throne Evil Uno sat on went with them. The faction is still around AEW and poised to be a threatening presence whenever possible. That created a bit of buzz in Ottawa.

Evil Uno and Stu Grayson are from Quebec, Canada, and the Ottawa Sun featured them on the cover of today’s Sunday issue. Evil Uno was very happy to share the news with retweet.

He received plenty of congratulations for landing the cover of the newspaper. Critical fans wondered if this was really the biggest news going on that day. It was still a really cool addition to the list of career achievements Evil Uno and Stu Grayson have racked up since joining AEW.

Getting on a cover of a newspaper is also really good promotion for All Elite Wrestling. We’ll have to see what’s next for the Dark Order. Brodie Lee has been out of action, and the reason why is a “state secret.” Until Mr. Brodie Lee’s return, Evil Uno and Stu Grayson will continue holding things down in the Dark Order.