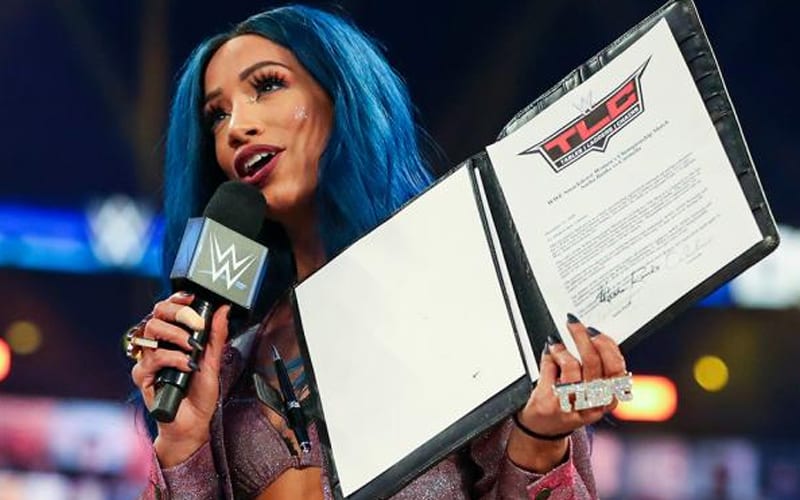 WWE TLC is on December 20th, and they gave away a title match on television this week during SmackDown. What is their plan for Sasha Banks and Carmella now?

Ringside News has been told that at this time the plan is for Sasha Banks and Carmella to still have a SmackDown Women’s Title match at TLC on December 20th. Last night’s match wasn’t even advertise for the show, and it was booked during the opening segment.

Their match ended in DQ during SmackDown this week. Then Mella laid Banks out with a wine bottle to the back. Their storyline isn’t over, even though some fans wondered if their title match this week was a way of blowing off the feud.

Sasha Banks is still the SmackDown Women’s Champion, but the current plan says she will defend that title once again against Carmella on December 20th. We will have full coverage here at Ringside News.