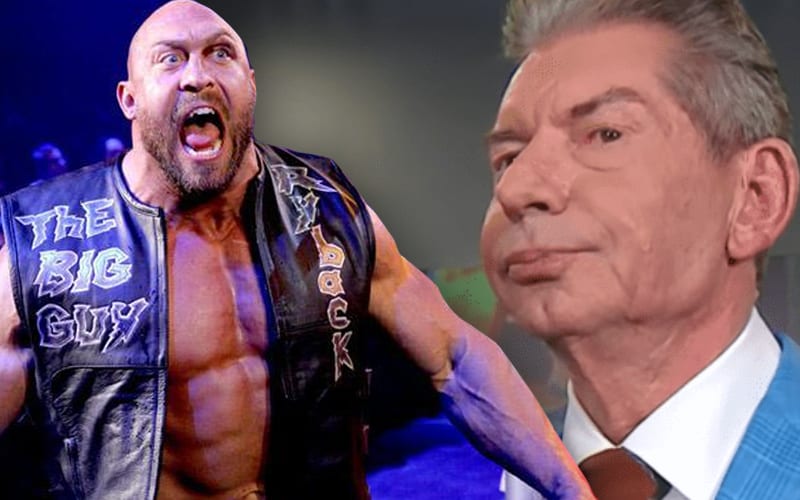 Vince McMahon had his own opinion about how things need to go in his company. Some might disagree with him, but it’s not their place to tell him that he’s wrong.

During a recent episode of The Ryback Show, Ryback said he was led to believe that WWE had different plans for him. Then they changed things up to a way that didn’t benefit him at all. Ryback fought the decision,

Vince McMahon tried to explain to Ryback that his goal for making him lose at WrestleMania was to fuel his character’s rage. That didn’t set right with Ryback at all and it is another example of how WWE’s changing of plans didn’t see the promised follow through.

“They brought me into the production meeting. After the meeting was over, it was Vince, Hunter and Stephanie at their table. They brought me in. I sat down and they explained to me that they wanted to turn me heel, which at the time I was in the top babyface discussion being used and I was red hot. I didn’t understand. At that stage of the game, you do what’s told to you.”

“They worded it where they said, ‘You are essentially going to be very figured into this company for a long time. We want you to work as a top heel and get that experience calling matches and being more in control as the heel.’ The way they presented it sounded very good. That was, I want to say 2 or 3 months in advance (of the heel turn). That was the direction we were going to go. Then at the end of the Mark Henry match (WM 29), that was for me to get some real steam before I turned heel on Cena.”

“Then days before WrestleMania, Fit Finlay was the agent and he said, ‘You’re falling on your face with Mark Henry on your back.’ I said, what? I couldn’t even get a hold of Vince. I couldn’t find him. I had a meeting with him at WrestleMania that day in Gorilla where he explained that this was going to be the big moment that you fail as a babyface on WrestleMania. You fell on your face and that’s where the aggression and anger will fuel the heel turn with Cena who was the top babyface. But the way it was presented to me was what was going to win the championship. So as a talent, why wouldn’t I go do this even though this doesn’t feel right because I botched my own move. That’s what he wanted but it was promises that weren’t delivered.”

“None of that makes any sense from a creative standpoint to lose and then be the number one contender the next night. How? This is why I have the issues I have with them with the lies because you go out and do business and your professional and then they are not professional. That bothered me a lot because none of that made any sense.”

Vince McMahon has been described as having “Jedi mind tricks.” Many wrestlers have spoken about that in the past. He is very good at convincing someone t do something. Unfortunately for Ryback, this situation didn’t really turn out in his favor.

Ryback is still battling WWE over the rights to his name. He’s not afraid to speak openly about Vince McMahon’s pettiness either.