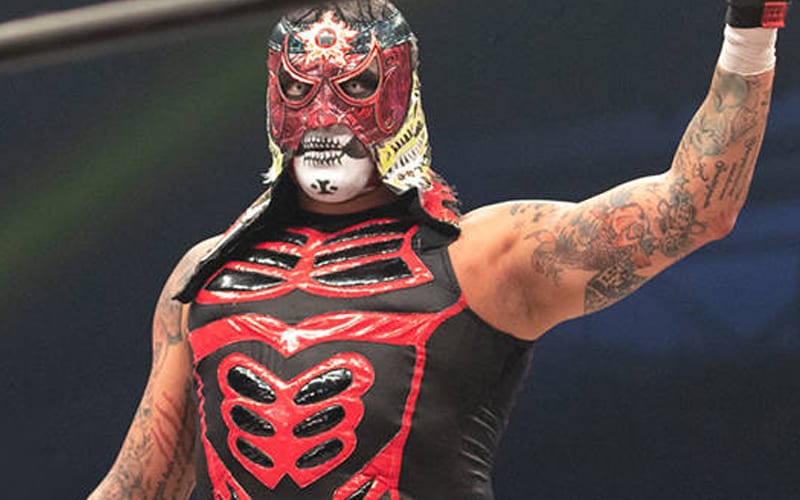 Penta was taken out of his match on Dynamite this week with a spot through the announcers’ table. He sustained a leg injury while training prior to the show. He will be competing tonight, and his match will likely be a difficult one.

That event at Arena Ciudad de Mexico will go down as planned in Mexico City. Kenny Omega is also set to have a main event match against Laredo Kid as he defends the AAA Mega Title. It’s likely that Kenny Omega will retain so he can keep up his “belt collector” gimmick.

TripleMania is AAA’s biggest show of the year. They have a loaded card full of matches which you can check out below.