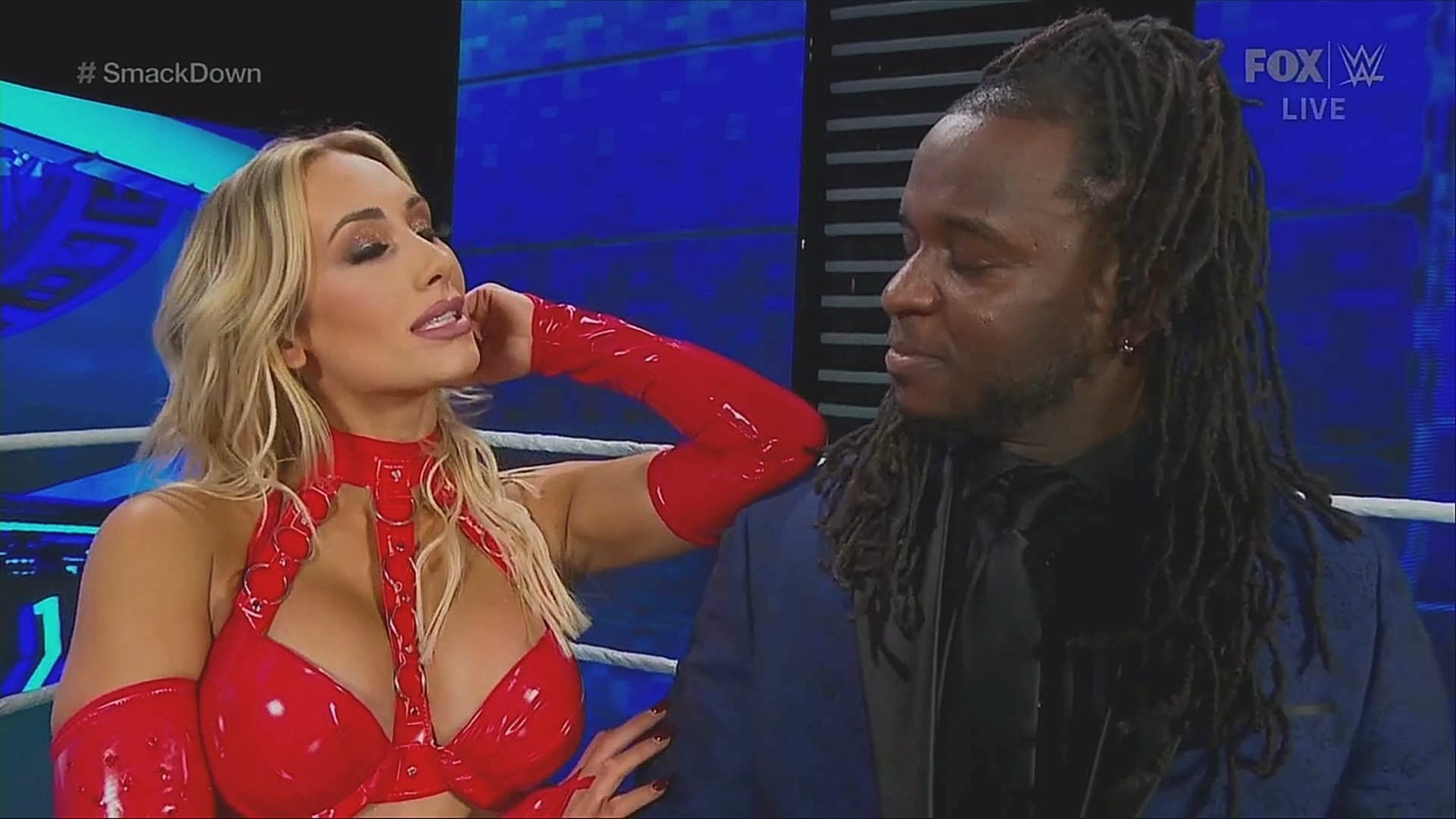 This week’s episode of WWE Friday Night SmackDown kicked off with a contract signing between Carmella and Sasha Banks for a Smackdown Women’s Title match at WWE TLC. However, it did not go as planned.

The two ended up having the title match in the main event of the show. Carmella was accompanied by her sommelier and he tried to assist Carmella in winning the match.

However, it came to no avail as the match ended in disqualification following Sasha Banks absolutely losing it in the ring by going off on Carmella.

After the match, Banks went after Carmella’s sommelier, locking him in a Bank Statement before Carmella intervened and break the hold.

Some fans have been wondering who the sommelier was and now the identity of her sommelier has now been revealed. It was none other than NXT Superstar Akeem Young.

WWE officially announced Akeem’s signing back in January this year and he was in the same class of signees as Martinez and Jake Atlas. While not confirmed, it is likely that we could see more of the sommelier in the upcoming weeks.