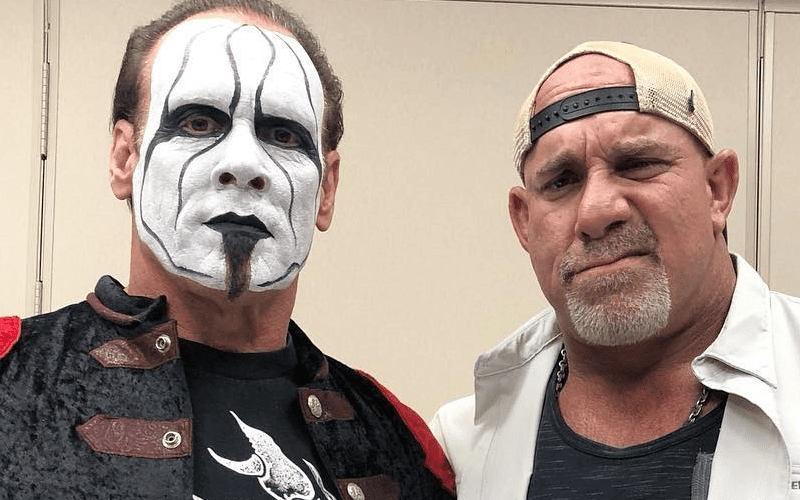 Goldberg was one of the most popular pro wrestlers in WCW during their heyday. He had the longest undefeated streak in WCW with over 173 consecutive victories in matches. Following the closing of WCW, Goldberg made his way to WWE and had two runs with the company.

While speaking to The Bleacher Report. Goldberg discussed how influential WCW remains even to this day. Goldberg especially mentioned Sting, attributing the company’s rise in popularity to The Icon. Goldberg reflected just how integral Sting was to WCW’s overall success. He also revealed that everything he learned as a professional wrestler was from Sting. Without Sting, Goldberg never would have had such a memorable career.

“Sting is WCW. Period, end of story. People want to say it was me for a period of time, but he just handed the reins to me for a little bit. Sting is that promotion. That promotion is Sting. Everything I learned, I learned from him. He was an integral part of my process becoming a professional wrestler. I wouldn’t have done it without him.”

Sting signed a multi-year contract with AEW and is likely to retire in the company. He is also going to compete in matches.

On the other hand, WWE’s current plans might see Goldberg taking on Roman Reigns at next year’s WrestleMania for the WWE Universal Title. They were going to face off at WrestleMania 36, but the COVID-19 pandemic prevented that from happening.