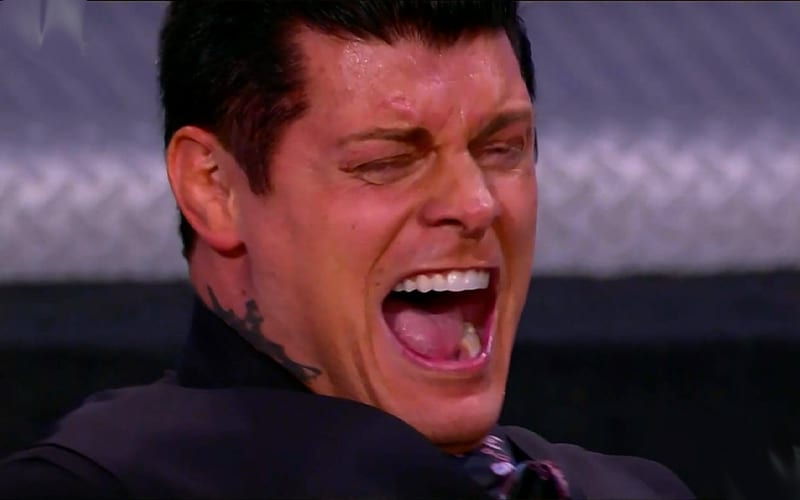 AEW really loves symbolism, and Cody Rhodes was going for a deep comic book reference when he dyed his signature hair color.

Cody Rhodes recently spoke to Lexy Nair where his hair change came up in the conversation. He said that “blondes have more fun,” and then he revealed what was the basis behind dying his signature light hair a darker color.

“Blondes have more fun. Nobody got it when I dyed my hair black. It was a play on Death of Superman. He had the mullet, he had a change, a different outfit. Nobody got it.”

The American Nightmare was likely making a reference to the death and resurrection of his own character in AEW. He had lost the TNT Title to Brodie Lee, and then Rhodes took off for a while. He actually filmed the Go Big Show during that time, but he had blonde hair when he did it.

After returning to AEW, and winning the TNT Title again, Cody made reference to his darker hair in his promo before going back to blonde the next week.