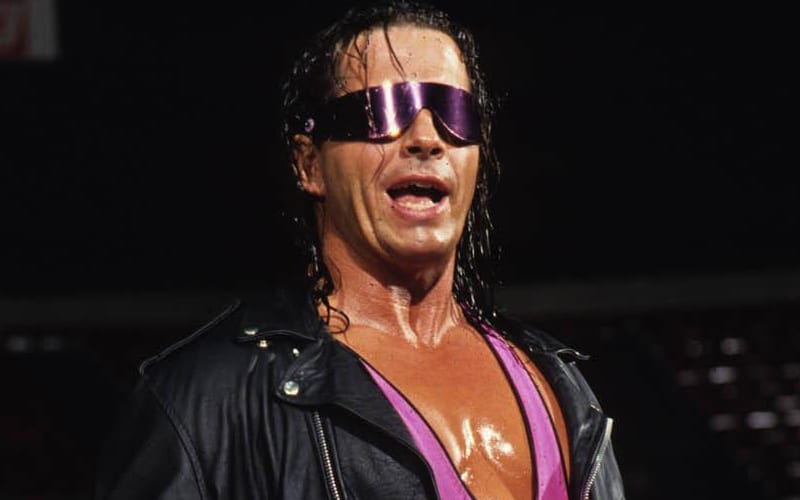 The very first King Of The Ring was crowned after a tournament in Dayton Ohio on June 13th, 1999. Bret Hart won that brutal night of three matches, and he was excited to show WWE what he could do.

During Confessions Of The Hitman, a paid video service on his website, Hart spoke about the 1993 King Of The Ring, and how grueling the experience was. He faced three men that night, each tougher than the last.

Hart had to face Razor Ramon, Mr. Perfect, and Bam Bam Bigelow in the same night. He worked hard, and won the tournament. All of that effort was certainly noticed, because the very next day WWE gave him something they never had before: a day off.

“Wrestling three guys back to back, three quality wrestlers, it takes three different guys with three different kinds of stories. Everyone has their own style, and what I loved about that time period was that [King Of The Ring] was an example, or it was a situation, for me to prove maybe even to myself, but to any skeptics I had, like, how to have three great matches with three different guys back to back. Like, one after another. That’s over a full hour of wrestling. I’m sure I did over an hour, an hour-and-a-half of wrestling that night, which is pretty tough to do. I mean, an hour-long match is already as grueling as it is.”

“So I beat Razor and went in against Mr. Perfect, which was so much fun to work with Perfect again because we always had such great chemistry and great matches,” Hart remembered. “And I think that is arguably one of our greatest matches we ever had at The King Of The Ring. And, again, it was guys who had a lot of respect for me going out of their way to help me get over because I just think they were guys in my camp that were behind me, and so, Curt went out of his way to give me a great match.”

“[Bigelow] was such a great wrestler for his size,” Hart said. “He was. I always thought Bam Bam Bigelow was the best big man in wrestling. Like, he could do everything. He could do cartwheels. He could jump off the top rope and drop an elbow on you and never hurt you. He was always safe and such a pro, such a born wrestler. I’m sure when Bam Bam Bigelow was three or four years old, he could wrestle then. He was just born to be a wrestler, and I loved working with him. I loved the match he gave me.”

Vince McMahon is a man who doesn’t take days off. He did grant The Hitman a day to simply rest after a long night of wrestling. Bret Hart seemed like he needed it because he even had trouble getting out of bed the next day.

“After that match [versus Bigelow], I remember after I won that match, they gave me the day off the next day. I remember I could hardly get out of bed. That was the only time, to my memory, that they said, ‘You worked so hard last night you can take today off.’ And I accepted that.” Hart added, “I was like, ‘Thank you. I will take the day off and I’ll enjoy every bit of it!'”

Bret Hart was the first-ever King Of The Ring. The company as crowned many new kings since then, King Baron Corbin was the latest, but it’s still just as rare for Vince McMahon to give someone the day off because of how hard they worked for him on the previous night.