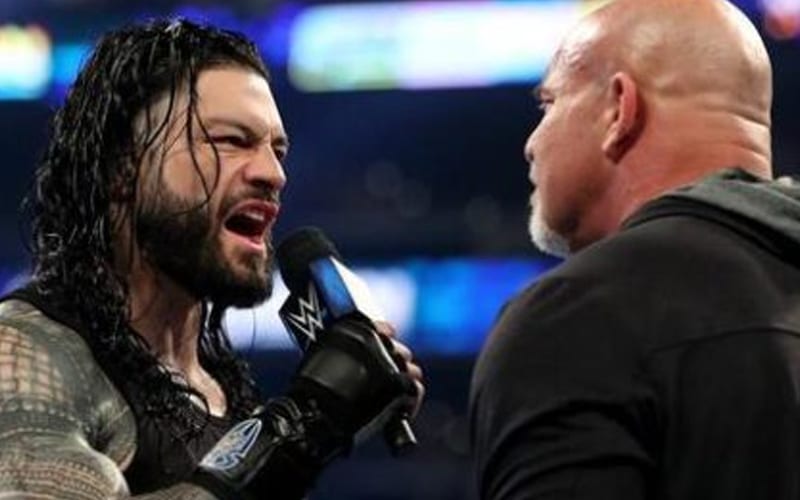 Goldberg really wants to face Roman Reigns, but WWE might have other plans. That won’t keep the two-time Universal Champion from pulling for the match every chance he gets.

While speaking to Bleacher Report, Goldberg brought up that match against Roman Reigns. Goldberg made it clear that Reigns is next, but that is not WWE’s plan.

Goldberg said that a match against The Tribal Chief is on top of his priority list. This is a match that needs to happen in Goldberg’s eyes, and he wishes that it could have went down a decade ago.

“If the Roman Reigns match isn’t the match at the top of my priority list, then I wouldn’t be Goldberg. That’s a match that needs to happen. It’s a match that’s needed to happen for a very long period of time. I wish I would’ve been able to have that match 10 years ago. People in hell want ice water, too.”

“You can’t have everything the way you want it, but I think I can still be a very formidable opponent for him. Georgia will always be better than Georgia Tech at the end of the day, anyway.”

Goldberg and Roman Reigns were supposed to wrestle at WrestleMania this year. The pandemic caused that match to be scrapped, and Braun Strowman was flown in from across the country to take Reigns’ spot. Goldberg obviously wants to have that spear vs spear encounter sooner than later.