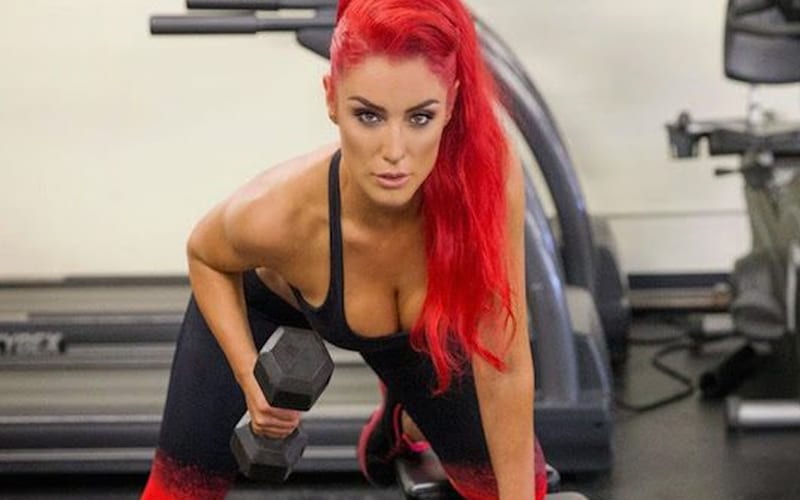 Eva Marie could be closer to WWE than some think. Her situation is a rather confusing one as well.

A recent tease from Angel Garza could point at Marie getting paired with the lothario, but that is uncertain at this time. The situation is very interesting with Eva Marie.

Eva Marie was spotted at the Dallas Cowboys training facility eariler this week. She is also reportedly on the internal roster list within the company.

The Wrestling Observer Newsletter noted that “Eva Marie (Natalie Nelson-Coyle, 36), has been back training for her comeback.” That seems to point toward an idea of where she will compete.

It was reported that Eva Marie signed a new deal in September. The latest report we received was that her brand placement has not been decided. Some within WWE have wondered what kind of deal she actually signed.

It was also reported a couple of weeks ago that the WWE creative team wasn’t even talking about her. There was no indication that her return was imminent at that time.

We’ll keep waiting to see if and when Eva Marie shows up on WWE television, but she is certainly piquing some interest.