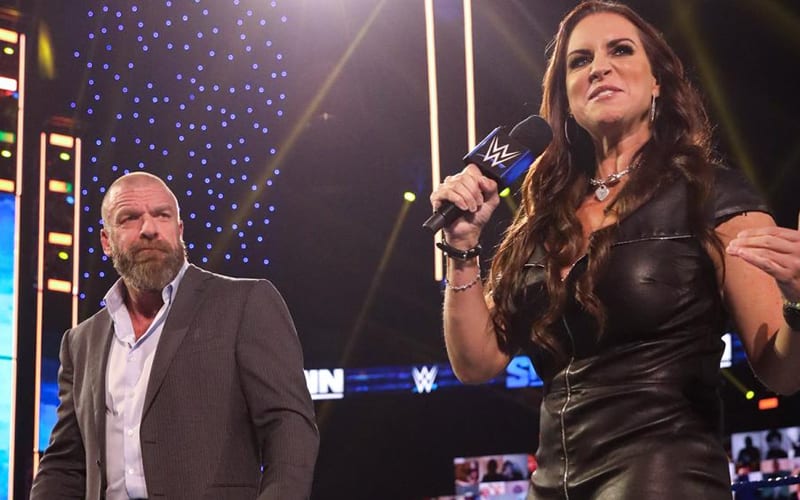 Triple H and Stephanie McMahon’s power is pretty apparent in WWE, and it’s also noticed outside of the company. The power couple recently made Sports Business Journal’s 2020 list of Most Influential Executives.

The Game and the Billion Dollar Princess landed on the list of 79 names who made an impression in the sports business in 2020. Other names were included from all over the sporting world including union leaders and league commissioners, but Triple H and Stephanie McMahon were the only two from the sports entertainment world.

The Sports Business Journal penned the following write-up about Triple H and Stephanie McMahon. The ThunderDome concept and WWE’s “mastery of production, even on the fly” was attributed to them.

“As other leagues suspended their seasons, WWE continued offering fresh content, starting with shifting ‘SmackDown’ to its Performance Center in Orlando on March 15. Under the guidance of Levesque and McMahon, WWE never missed a ‘Raw,’ ‘NXT,’ ‘SmackDown’ or pay-per-view event. And the ThunderDome concept for shows further demonstrated WWE’s mastery of production, even on the fly.”

Triple H and Stephanie McMahon’s rise to power doesn’t have to stop with WWE. They are gaining notoriety elsewhere as the publicly traded company they help run continues to evolve. The two were listed together on this list, but there was no number ranking. It is still a nice mention to receive.