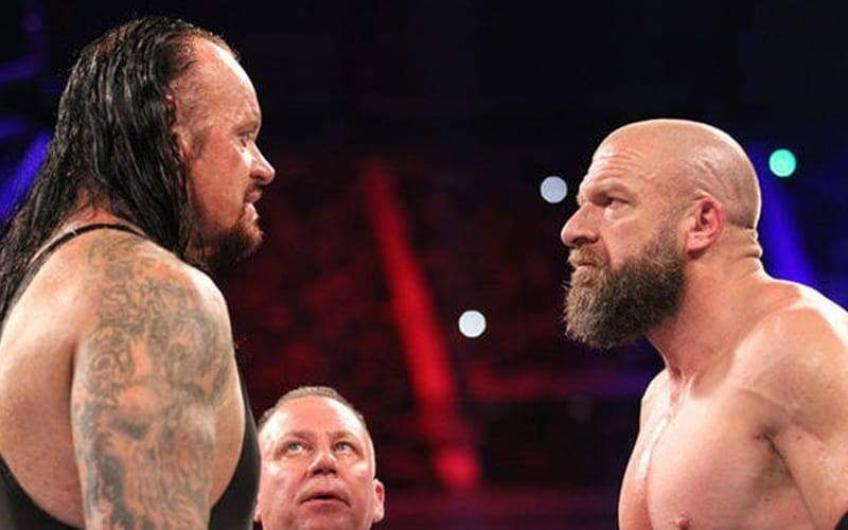 After a career that spanned three decades, The Undertaker finally hung up his boots during Survivor Series last month. It seems the WWE legend is ready to take up a new role in the company now that he has retired.

During the post NXT TakeOver: WarGames media-call, Triple H revealed that he is currently having discussions with The Deadman about working in the Performance Center and NXT. The Game mentioned how The Phenom being around has helped everyone considerably due to his immense knowledge of the pro wrestling business.

“Well, you know I can tell you this that anytime Undertaker is involved here, anytime he’s walked through these doors, everybody that’s here is better for it. They all come out of here with a different perspective a fresh viewpoint and you know, he’s one of the most knowledgeable guys in and that has ever been in the business. I believe, you know, myself I learn from him every time I’m around him.”

Triple H added that he spoke with The Phenom about him working in WWE’s developmental brand and Performance Center and will be having further discussions next year.

“He is looking now, I believe to move into the next phase of his life. We’ve talked a lot about it. It involves being here. It involves the future. It involves getting more into that. I would like to believe he has earned the right to take a breath off of his retirement for a moment and we’ve actually just touched base in the last couple of days and that is something that, coming out of the holidays, we will certainly be talking about in 2021, which is just one more reason to be excited about next year with everything else that’s happening is having him involved. I just can’t stress enough how impactful that will be to everybody.”

We will have to see if The Undertaker ultimately gets to work as a coach in the WWE Performance Center, training the next generation of WWE Superstars.