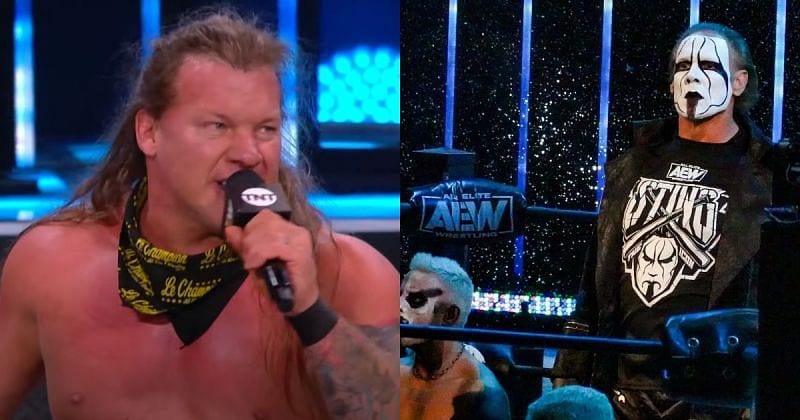 During last week’s episode of AEW Dynamite Winter Is Coming, Sting made his debut in the company, in a move that shocked the entire pro wrestling world.

With his arrival in AEW, fans have been wondering whether they will get to see the legend lace up his boots once again. It was previously reported that the current plans do not see him competing in the squared circle.

However, anything is possible in the world of pro wrestling. That is certainly something Chris Jericho believes in.

Le Champion took to social media, where he uploaded a custom fanart of him and Sting standing side to side. He simply wrote “Hmmmm……” in the caption, and tagged the location as “You Never Know”.

This is certainly a dream match for fans if it ever comes to fruition. The two worked together in WCW during the 90s but never had the opportunity of competing against each other. Both men went their separate ways after WCW’s demise and now they have found themselves in the same company again after over two decades.

We will have to see whether the two will ever battle it out in the ring.

Would you like to see Jericho vs Sting in AEW? Let us know in the comments below!