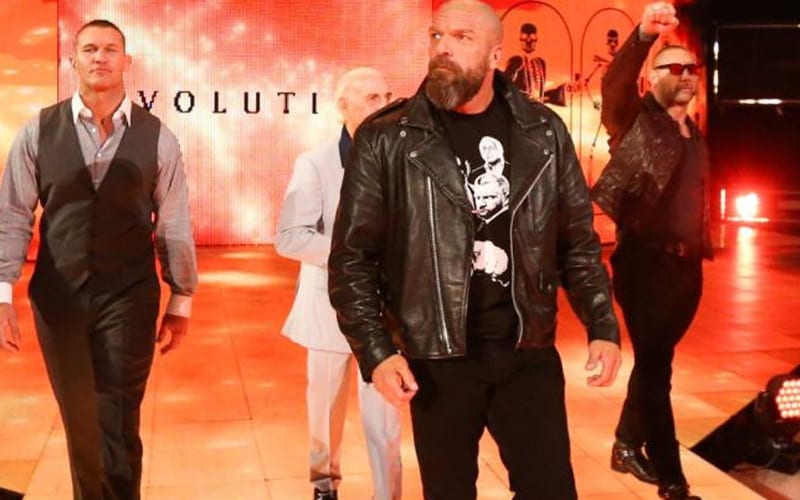 WWE’s Evolution stable was constructed to put over Batista and Randy Orton while pairing them with Triple H and Ric Flair. This idea of joining together the best wrestlers of past, present, and future worked out brilliantly as history has proven that everyone saw success. They didn’t come up with their own name.

During his ARN Show podcast, Arn Anderson revealed that he was the one who named Evolution. He saw the idea behind putting them all together, and then he simply pitched one perfect word to describe the entire situation.

“I named them. Vince had us all in there when he listened to us. This was back in a time prior to Randy or Batista or (John) Cena getting their push. He had this new group of talent he brought in from the schools and said, ‘Guys, who are going to be our stars of tomorrow? Who do you guys think so far that has it?’ It was Cena, Randy and Dave.”

Evolution went their separate ways, but the history that group left behind and was a part of is undeniable. Now Randy Orton is a legend, and the only member of the stable not in possession of a WWE Hall Of Fame ring. Arn Anderson really did pitch the perfect name to describe what that stable would become.