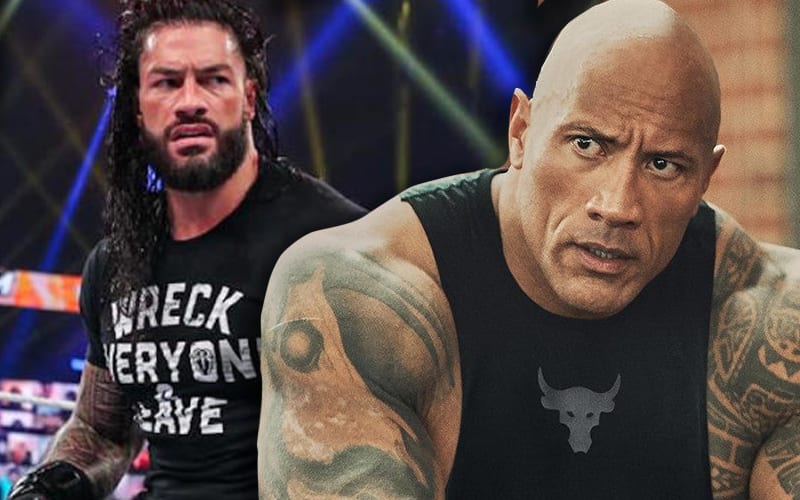 The Rock is one of the biggest celebrities on the planet, and fans would love to see him come back for at least one more match. It seems his cousin Roman Reigns is a perfect opponent.

Jim Ross has seen many famous pro wrestling factions go through WWE, and he realizes that there is something special about the bonds that tie any Samoan with each other. This is a trend that fans are still seeing on WWE television every week.

During a recent episode of Grilling JR, the WWE Hall Of Fame announcer spoke about the Samoan Dynasty, specifically Umaga. He sad that the Samoan Dynasty is not a gimmick, it’s a real thing. This is something that he saw evolve through the years as well. He also used this to transition into talking about The Rock vs Roman Reigns match that so many want to see.

“That Samoan dynasty thing isn’t a gimmick, it’s rea. I met Afa and Sika back in the mid-south days. I’ve known that family [since] the early 80s. I’ve been connected ever since, including recruiting and signing The Rock. I got lucky there, the right place right time, but you knew that DNA meant something. All those guys were players. The Rock set the mark.”

“People are coveting a Rock vs. Roman Reigns match somewhere down the road. I don’t know if it will ever happen, there’s a chance, but it’s all up to The Rock. It isn’t up to anybody else, it’s up to him. His schedule is so crazy, he can’t afford to get hurt because he’s going to lose millions of dollars if he can’t work. Not that he’ll go broke, but nonetheless, he’s special.”

We’ll have to see if WWE can work out a return for The Rock as they get a bit closer to WrestleMania season. That is when such a match is most likely, but The Rock’s busy schedule and huge commitments could also stop that from happening.

Do you want to see The Rock vs Roman Reigns? Sound off in the comments below!