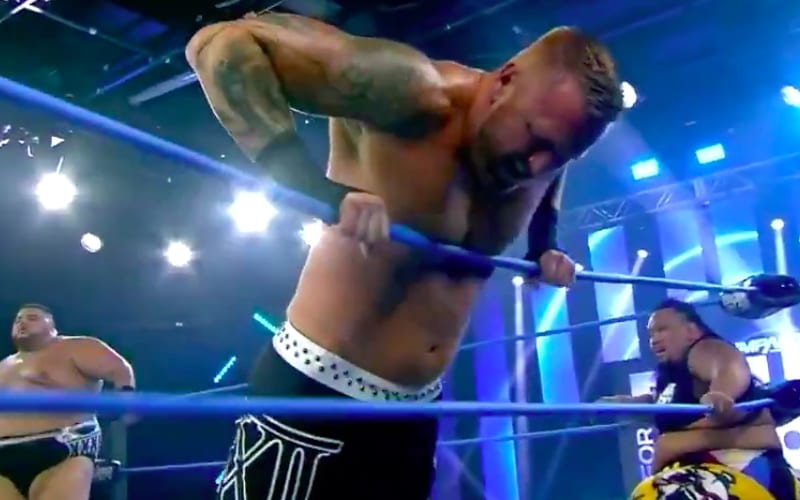 Heath, former WWE Superstar Heath Slater, went to Impact Wrestling, and he had a little storyline about getting a job. Ironically, he injured himself in the Bound For Glory match where he won that contract.

His old buddy Rhino won the match instead of Heath, who was slated to win the Call Your Shot Battle Royal. It’s a good thing Impact Wrestling wrote a stipulation that awarded Heath his contract if Rhino won too.

While on The Ryback Show, Heath talked about his injury. It was misdiagnosed at first, and the pain was unbelievable. When he finally received the news about what was wrong, he found out that surgery was not required.

“I’ve never felt pain like that. It felt like every time I moved, somebody took a knife and twisted it. It wasn’t a hernia. The person at the hospital said I had a hernia. Then I went to a hernia specialist in Charlotte and he said it wasn’t a hernia,” Heath said. “He said I ripped my abductor muscle off the bone and I slightly tore my groin. He said I didn’t need surgery. He said once I ripped my abductor muscle, they can only suture it back to the bone.”

Heath was told by his doctor to ice the area and “do nothing for two months.” Bound For Glory was in late October, so he’s looking at a January return at best.

Impact Wrestling already filmed their content for the rest of the year. They also filmed alternate angles just in case people who are currently under Impact Wrestling contracts decide not to re-sign with the company.