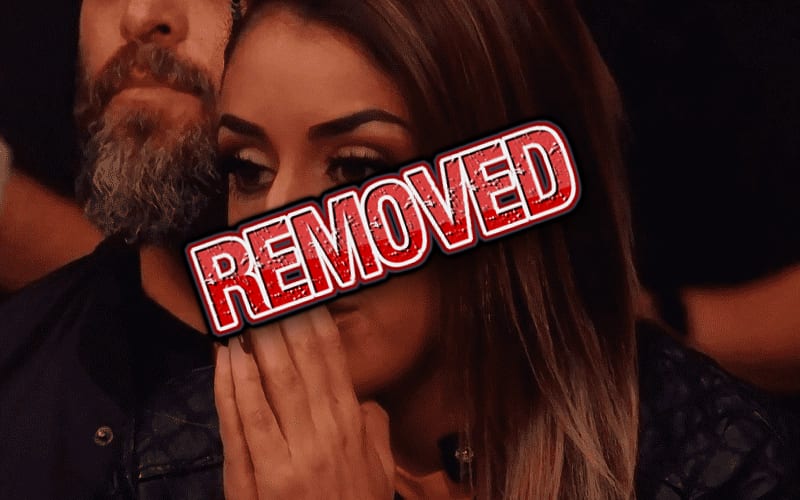 WWE is holding another WarGames event this year, but it won’t be in an arena full of fans. Britt Baker was in the crowd last year, and she got a lot of attention for it. You wouldn’t know that by watching the latest edit that WWE made to WarGames 2019.

Britt Baker was shown on screen during WarGames last year, and Mauro Ranallo even called attention to her. This was shown at the end of the match.

That praying pose Baker struck was later parodied on Dynamite. It became a meme throughout the IWC, but WWE has edited Baker out of the shot. They even took out Mauro Ranallo’s mention of Baker.

Ringside News has double checked this, and Britt Baker is no longer seen on the WarGames 2019 event now streaming on the WWE Network. You can check out both clips below to see how they edited her out.

Thanks to Atiq Zaman for passing this along