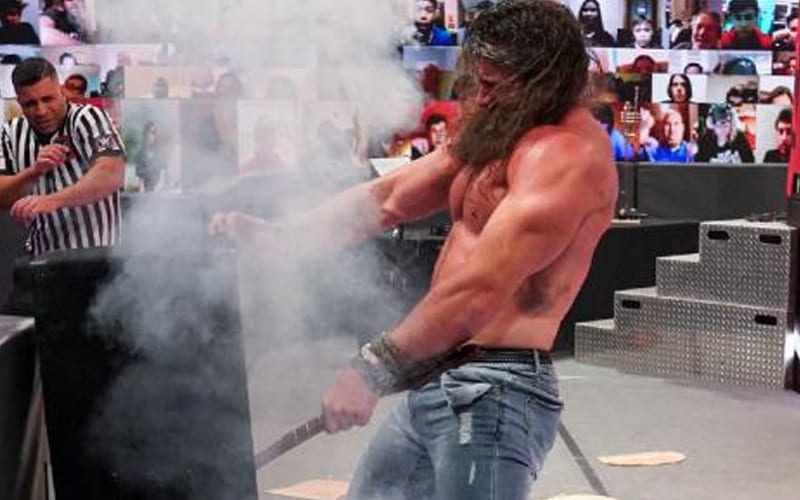 Elias lost a brutal Symphony Of Destruction match to Jeff Hardy. In the end, Hardy was the one who took a brunt of the damage. The Charismatic Enigma is said to be okay now, but there was no update on Elias. Now The Drifter is giving us an update himself. It brought him a new mission in life, and it could bring a new direction for the guitar playing Superstar.

He had a message to his “Universal Truthers,” and one for his haters as well. After being electrocuted, the doctor told him that shock would kill most men, but not Elias.

Doctors also told him that he might never play guitar again, but he is Extraordinary Elias. He worked to regain function of his fingers, and he was successful.

Elias had visions while he was shocked. He now knows his purpose in life. Now that he has that knowledge he will be sharing it with the WWE Universe. Let’s see what those visions told Elias.

This could be the beginning of a new character chapter for the Universal Truth as he continues on while knowing his true purpose.