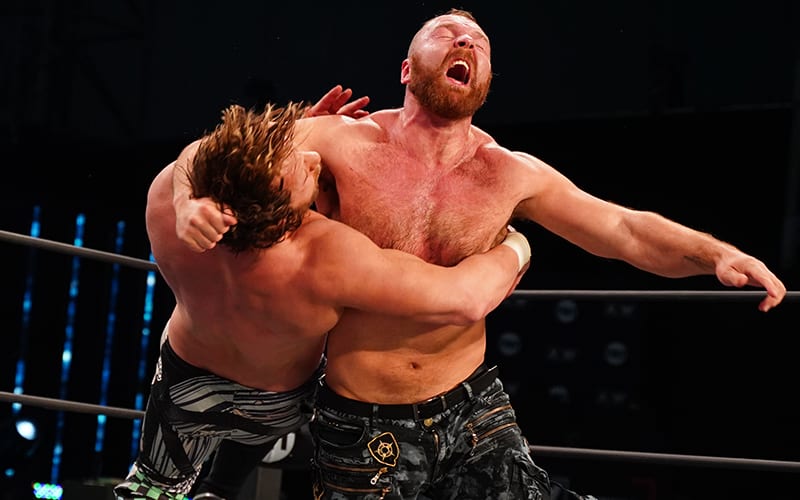 AEW is always setting up plans for their future. Jon Moxley losing the AEW World Title at Winter Is Coming was certainly the start of something more in the company. A time will come for Moxley to get his rematch.

Kenny Omega won the AEW World Title under controversial circumstances. This was called out by a lot of fans, but the AEW World Champion/ EVP of All Elite Wrestling had his own comebacks ready.

The Wrestling Observer Newsletter noted that Jon Moxley is likely getting set up for another AEW World Title shot on February 27th at Revolution.

It was Moxley’s first singles loss since the company started, and it appears the idea is Moxley trying to get back the title for the company and sets up in theory a bigger match for the Revolution PPV on 2/27.

It seems that Moxley will chase the AEW World Title for a few months. We’ll have to see if Omega defends the title before that date rolls around. Kenny Omega’s involvement with Impact Wrestling could lead to interesting things down the line. Jon Moxley is obviously not going to let that loss go easily.