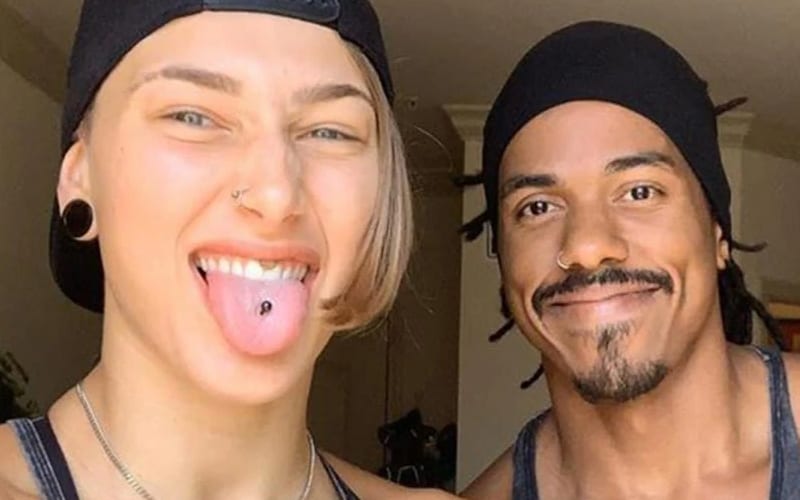 Rhea Ripley is dating indie wrestler Demetri Action Jackson, but he’s not bugging her for tips.

While speaking to Chasing Glory, she discussed her relationship. Her boyfriend hasn’t been wrestling for very long at all, and he is very green. Ripley said that he made it clear that he doesn’t want her helping out along the way as he learns the ropes.

“So, Kevin – he goes by Demetri – he’s only been wrestling for, I want to say a year-and-a-half – two years, so that’s not very long. He’s still pretty green and still has a lot to learn, but he learns super fast. I’ve been trying to help him along the way. We’ll watch matches and I’ll sort of break it down for him and explain things. I’m always there for him ’cause I want him to succeed. He’s been straight on not wanting too much of my help ’cause he wants to succeed on his own; he doesn’t want me to give him anything, which I appreciate.”

We’ll have to see if Action Jackson makes it to WWE, but his girlfriend is still lighting up NXT. There was a time when Rhea Ripley expected to get a main roster call-up, but that didn’t happen. We’ll have to see what’s next for both of them. The hard work is obviously paying off, but Jackson isn’t asking for Ripley to pull any strings for him.