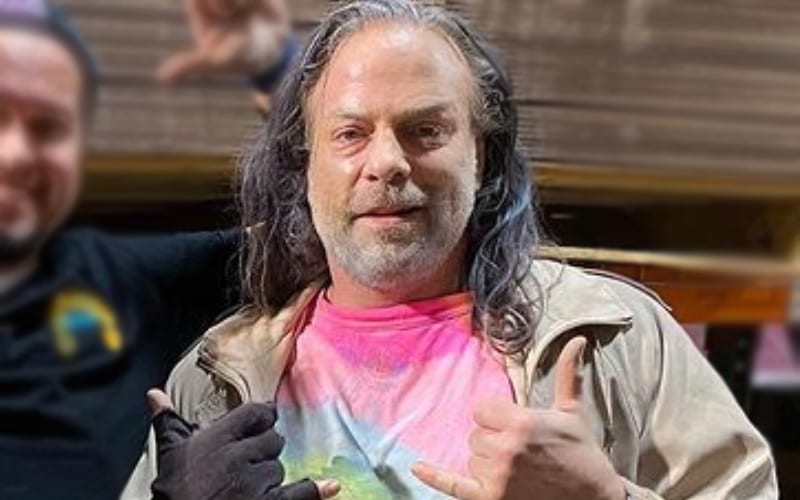 RVD isn’t with Impact Wrestling anymore, but he’s not just staying at home. He’s been busy, and the Whole F’n Show just had a little acting role that confused many fans.

A photo of Rob Van Dam from the set of “A Pro Rasslin Movie” popped up online. This might be a pro wrestling themed film, but RVD doesn’t appear to be playing himself.

“I had a blast filming over the last few days. This movie is going to be funny AF‼️” RVD captioned an Instagram photo. Katie Forbes was also a part of the shoot.

The image of RVD from the set of this new film caused a lot of fans to think that RVD was looking rough. He was only getting into the part of a new movie role. Some fans got a bit worried about his current physical shape, but there is nothing to be concerned about.

RVD had a great time on the set of this new comedy film. We’ll have to wait until it drops to see what he was up to.

A post shared by A Pro Rasslin Movie (@aprorasslinmovie)

A post shared by A Pro Rasslin Movie (@aprorasslinmovie)