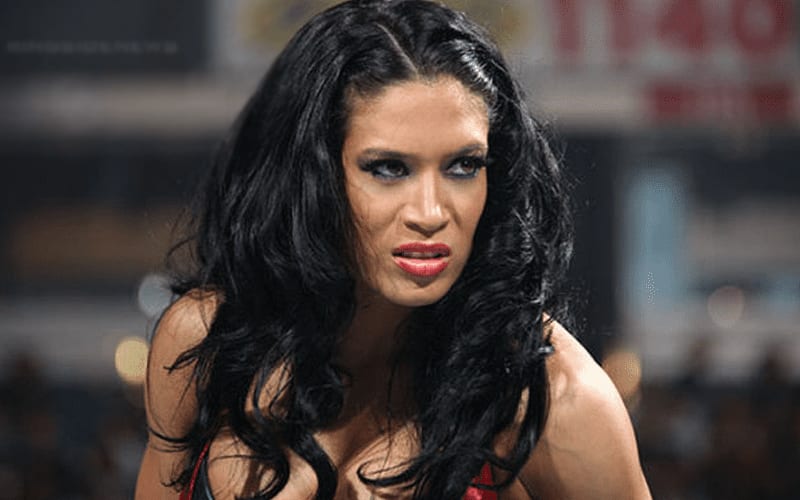 Melina hasn’t returned to WWE since her exit in 2011. Don’t hold your breath on her return.

Three months ago, PW Insider reported that Melina had “come to terms” with a new WWE deal. Melina was apparently not very happy about this news coming out. One fan asked Melina “what happened to WWE,” and she was quite blunt in her reply.

For what it’s worth, Ringside News also heard that Melina’s name came up a couple of times backstage in WWE. Obviously, nothing materialized from that yet, and it’s unclear if it is going to at this point. Her name hasn’t been brought up in a long time.

It is possible that Melina’s name was discussed, but the company decided to go another direction. That kind of thing does happen in WWE. We were unable to confirm that an actual contract was signed. She is finally distancing herself from the story.