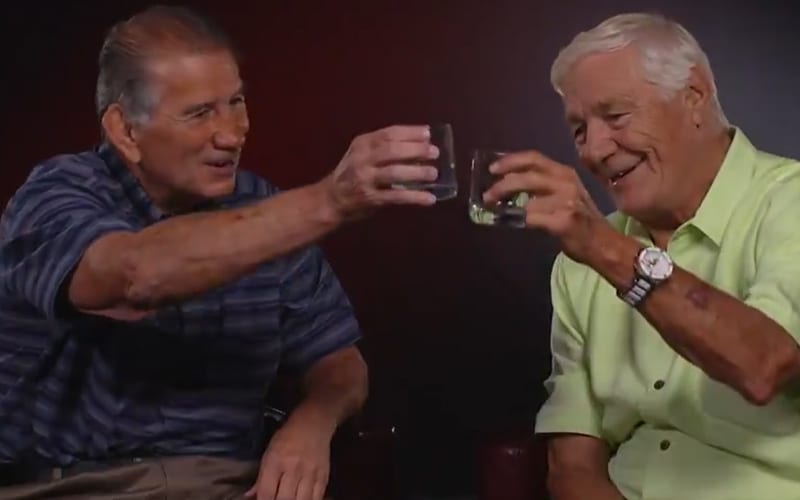 Pat Patterson passed away at the age of 79-years-old, and he will be missed by so many. Gerald Brisco and Patterson were very close, and Brisco spoke openly about his friendship with the first-ever IC Champion in an emotional video tribute.

Gerald Brisco said that there are few people who become your family in the pro wrestling business, but Pat Patterson was on that list for him. The two shared so many memories in and out of the business, and he will be greatly missed.

“Heaven’s a beautiful place with Pat there laughing and telling his corny jokes,” Brisco said.

This was an emotional tribute from Brisco as WWE cut clips together that showed him and Patterson during many events. The two will forever be linked because of their roles as The Stooges, but they were so much more than that in a multitude of ways.

The video is very well done, and we highly suggest you give it a watch.