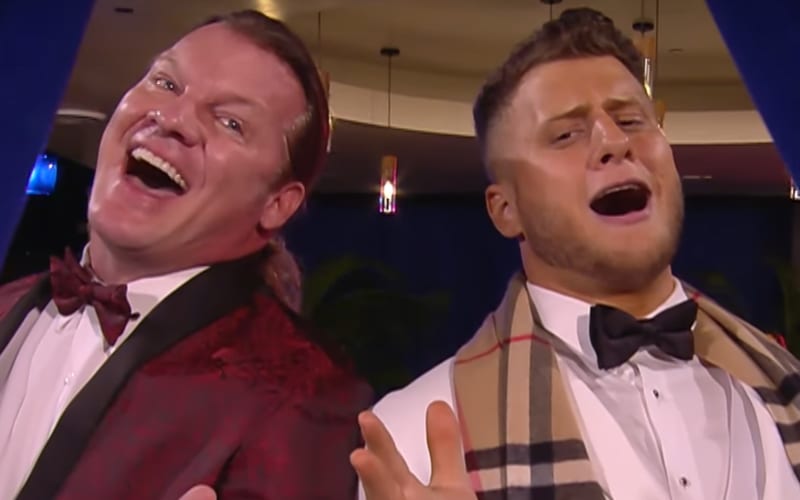 Chris Jericho and MJF’s musical segment brought a lot of attention after the surprised wrestling fans with something they didn’t expect. Plenty of others took notice, and that segment also drew the attention of the New York Times.

Le Dinner Debonair was included in the New York Times’ latest “Best Performances of 2020” list. The write-up on the musical segment mentioned Vince McMahon’s empire and how “no one in the WWE has [MJF’s] combination of diction, intensity, and cheesiness.”

This is a notable mention for AEW as they wrap up a 2020 that didn’t turn out as they expected.

Some weeks the athleticism at this professional wrestling start-up is more exciting than anything happening in Vince McMahon’s empire. And no one in the WWE has this kid’s combination of diction (Juilliard by way of Long Island), intensity or cheesiness, either. Even when Friedman’s lost his cool (his nom de ring is MJF), he still has astounding control. The character is part heel, part tool (hair gel, loafers, Burberry bling — tacky, tacky, tacky) and part goodfella wannabe; his mouth does more running than he does. For reasons only the producers of this show can explain, a long segment in October between MJF and the veteran Chris Jericho culminated in a version of “Me and My Shadow” complete with dancing women and live singing. It was less than spectacular, though not for anything Friedman did. He wasn’t embarrassed at all. He was smooth in a way that should worry Ric Flair. This kid makes you wanna say, “Woo!”

MJF teased that there are other musical projects in the pipeline. He didn’t reveal what AEW has in store for the future, but Le Dinner Debonair set a pretty high bar for any future musical projects for the Salt Of The Earth.

In case you want to watch the segment again, and get the song stuck in your head, you can check out the video below.

News Tip
wpDiscuz
65
0
Would love your thoughts, please comment.x
()
x
| Reply
You are going to send email to
Move Comment