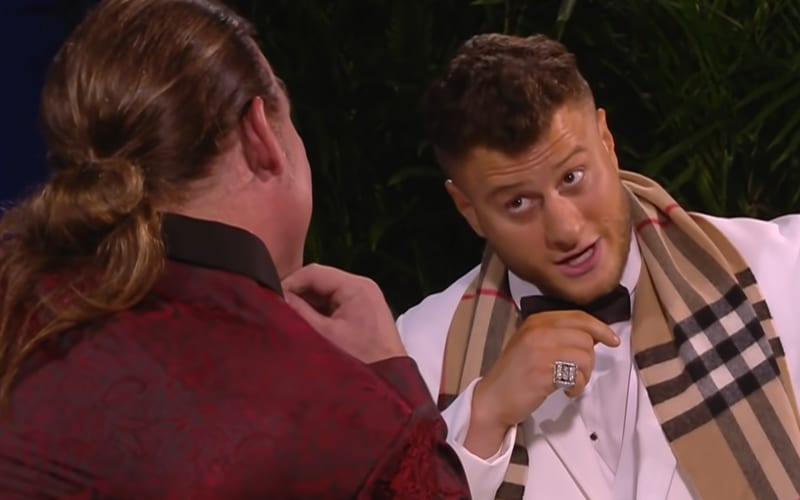 Chris Jericho and MJF pulled off a musical segment unlike anything that pro wrestling fans had seen up to that point. Le Dinner Debonair received mainstream attention, and MJF isn’t done singing his own praises, or singing in general.

As we previously reported, MJF came up with the musical segment while watching Rocketman. He wanted to use an Elton John song, but Jericho pulled for a Frank Sinatra parody. The rest is history.

MJF revealed while he spoke to Fightful that he does have some more musical projects in the works. He can’t talk about them specifically just yet, but he is very proud of what they did on Dynamite.

We’ll have to see what MJF has up his sleeves, but odds are Le Dinner Debonair won’t be the last time we hear his singing voice. They apparently have some things in the works, but he can’t let the cat out of the bag yet.