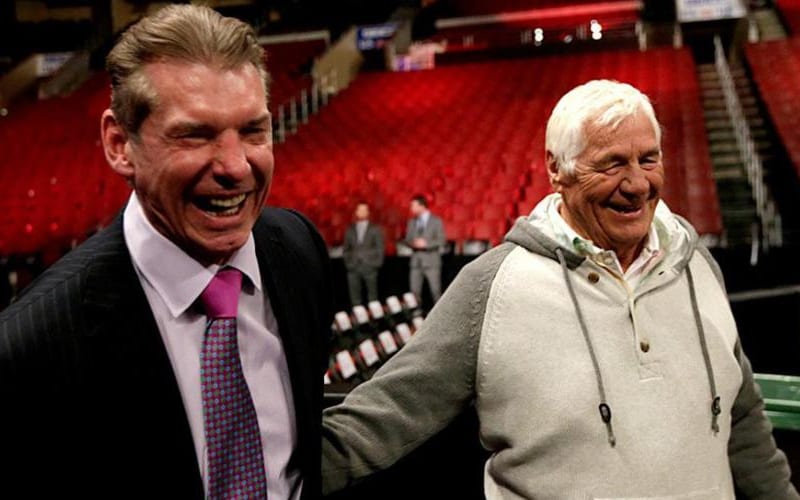 Pat Patterson was Vince McMahon’s right hand man for years. Patterson, Bruce Prichard and a few select others sat poolside at Vince McMahon’s Stamford mansion on many occasions charting out months of WWE storylines. A bond existed between Patterson and McMahon, one that was never broken as Patterson remained with the company until his passing.

Vince McMahon sent out a tribute to Pat Patterson after so many tributes had already been released. McMahon’s message detailed how Pat Patterson helped lay the foundation that WWE was built on, and how his mentorship and innovation had an impression on so many.

Pat Patterson was more than the first Intercontinental Champion & father of the Royal Rumble Match. He helped lay the foundation for WWE as we know it. His mentorship shaped careers, his creativity sparked innovation and his friendship lifted spirits. Love you, Pat. We miss you.

This is a sad day for so many, but they are also celebrating Pat Patterson’s memory through these many tributes. Pat Patterson’s personality and kindness outside of the ring, and in the pro wrestling business, was matched by his impact on so many historic moments along the way.