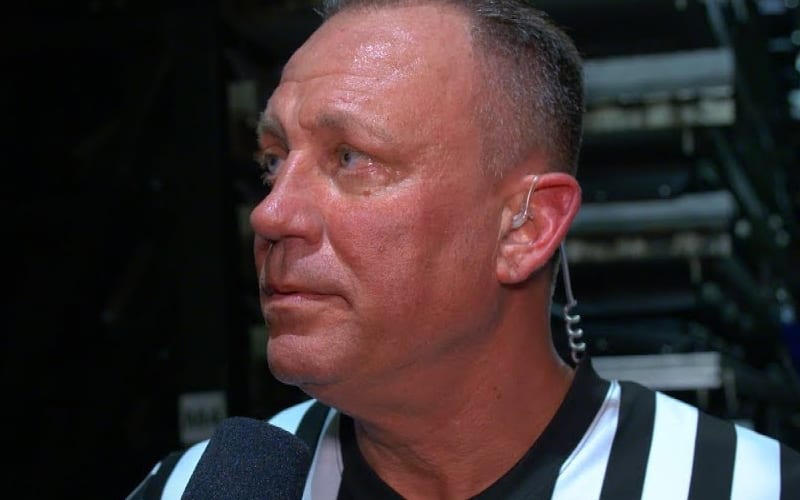 WWE released many people on April 15th, and others were furloughed. Senior WWE referee Mike Chioda was a part of those cuts, and several months later he is still a free agent.

Mike Chioda opened up about his WWE release during his new AdFreeShows podcast “Mailbag Monday.” He was very loyal to WWE, but they ended that relationship on April 15th after 35 years.

He admitted to being annoyed and frustrated by his WWE release. His heart is also a bit broken; because they didn’t even give him the choice to retire.

“I can’t say Vince didn’t reciprocate loyalty. Vince, Linda, Shane and Stephanie gave me loyalty for 35 years. I don’t know where the loyalty went at this point, but it is very disappointing. They couldn’t find a spot somewhere to let me retire after all these years in the best company, the only company I ever been with in 35 years? For 35 years, I always thought this company did it the right way in the professional wrestling business around the world.”

“To be honest with you, it breaks my heart a little bit. I’m annoyed and frustrated why I couldn’t finish off my career. If they wanted me to retire in six months, I would have said yea. Hey, we’re going to need you doing this over here or training referees or mopping floors. Whatever. I don’t know if it really came from Vince. I can’t honestly say it did, but it happened. It’s a little frustrating.”

Mike Chioda showed up on AEW Dynamite, but that seems to have been a one-off deal for now. We’ll have to see if Mike Chioda shows up as an official with another company own the line. Right now it seems that he’s still not over his WWE release.