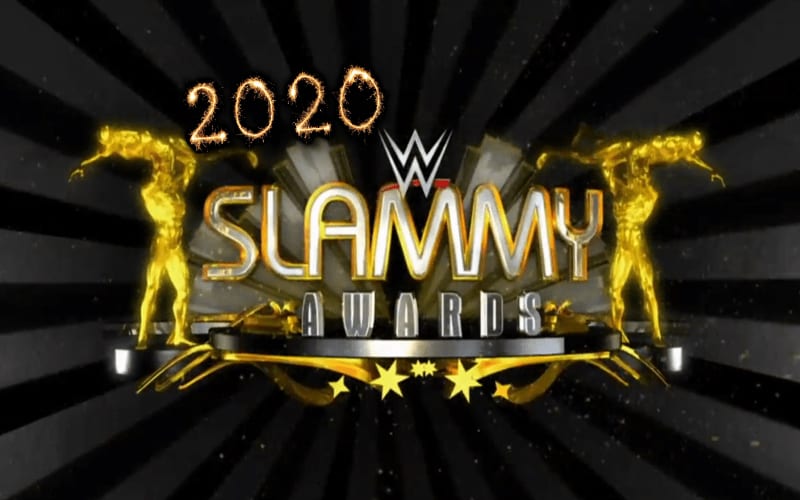 WWE’s annual award show, The Slammy Awards, is a chance to recognize the best moments and Superstars of the previous year. 2020 was quite a chaotic year, but they aren’t forgetting the Slammy Awards.

The WWE Network Twitter account published a lineup of shows that will debut this month. Their December list included some bigger events like TLC on December 20th and a Broken Skull Sessions with Drew McIntyre, but it also included the 2020 Slammy Awards.

There were no dates posted for any of the advertised lineup of programming. The graphic also listed new episodes of Uncool with Alexa Bliss, Chasing Glory with Lilian Garcia, Not Sam Wrestling, Swerve City Podcast, Raw Talk, and Talking Smack.

We’ll keep our eyes open to see if WWE opens up any voting for the 2020 Slammy Awards.