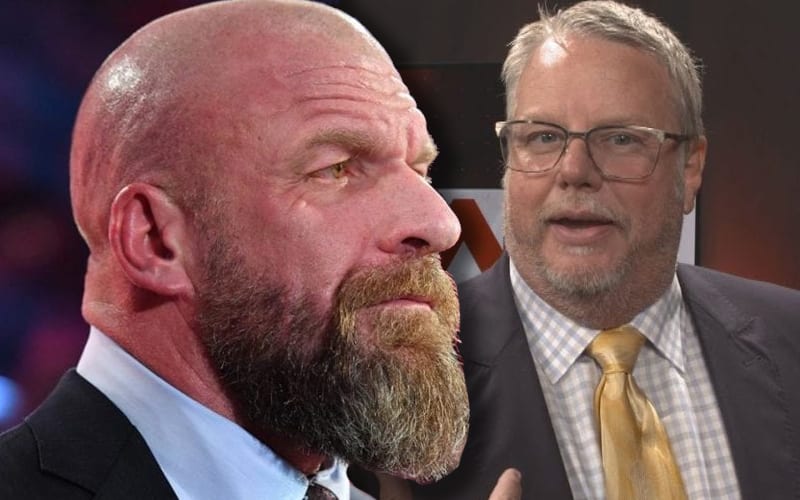 WWE placed Bruce Prichard in the Executive Director of SmackDown role, and then Paul Heyman was fired from the same position over on Raw. The company didn’t replace Heyman with anyone new, but Prichard was given Executive Director duties over both shows. This made him a very powerful man in the company.

Prichard’s role in WWE has received a lot of focus in recent memory. Some fans started to blame him for some of the company’s poor booking choices. He is one of the primary decision makers in the company, right under Vince McMahon himself.

PW Insider reported that “Triple H was at last night’s Raw while Prichard was not, which was described to us by several as breath of fresh air.” This falls in line with what we’ve been told about how Prichard operates things.

Bruce Prichard’s job is very taxing on him, and stressful as well. Conrad Thompson even spoke about how much the job is taking out of him. He wasn’t at Raw this week, and apparently, Triple H made for a refreshing replacement.