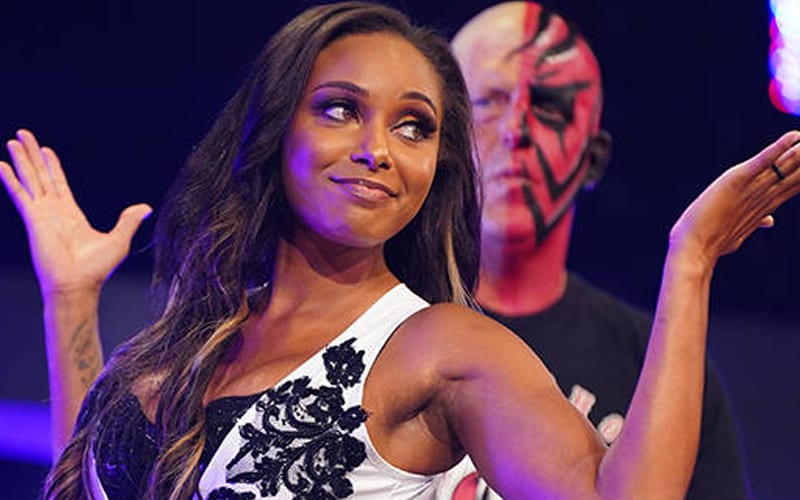 Brandi Rhodes is AEW’s Chief Brand Officer, but she’s not going to let people drag her, especially in her own mentions. She posted a graphic to promote her new AEW t-shirt, but she didn’t expect it to turn out like this.

Rhodes’ new t-shirt “Good. Great. Cool.” is out now. She published a tweet promoting it on November 17th. On December 1st, She received a reply to this tweet that said: “Brandi is nowhere near as hot as she was. She’s looking a bit haggard.”

Rhodes saw that reply in her notifications, and she had to comment. The Shot Of Brandi host said that the picture AEW used in that graphic is awful, and if they feel comfortable dragging her for it, then more power to them.

Wow. Well to be fair…this is an awful picture but if you feel comfortable saying that to someone online…more power to you I suppose.

The replies to this tweet were strongly on Brandi Rhodes’ side, as you can imagine. Jordynne Grace tweeted back saying: “I see people call BRANDI “haggard” and realize they must think I look like a river troll. Always the ones with no profile photo too”

Brandi Rhodes handled this situation in the best way that she could. She also probably appreciated the extra boost of engagement on her tweet plugger that new AEW t-shirt.