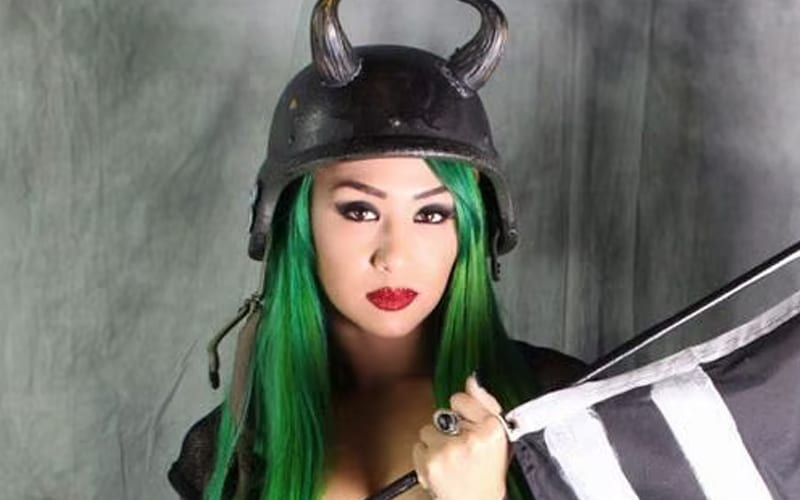 Shotzi Blackheart has a big spotlight in NXT, and she’s experiencing quite a ride with the black and gold brand, ready to take on WarGames. She had to go through a lot during her life, and she is now able to tell that story.

While speaking to Chasing Glory, Blackheart was candid about surviving sexual abuse as a child. She also revealed that she was raped during her freshman year in high school. This was something she came forward about, but she said that nobody believed her which made the traumatic experience so much worse.

“I had fun in school, except for high school. High school was the worst. I deal with — girls were really mean to me in high school, it was the worst. And I was raped in high school, like my freshman year … But like, I told my best friend and she got me to come out about it. And everyone at school did not believe me. And like, they just labeled me as a slut. They were just like, ‘She’s lying, she’s a skank.’ And I just got bullied. I would come to school and go to one period, and then I I would get bullied so much that I would just run back home. So I had to change high schools like halfway through my freshman year. And then I just was like, ‘I don’t want friends. I just want musical theater. I just want to hide in the theater.’ So I kind of did. I just stayed in the theater, I ate lunch in the theater, I just focused on musical theater.”

Shotzi Blackheart was able to find a new focus in musical theater and that love of performing eventually saw her enter the pro wrestling world. The 28-year-old Blackheart has quite a story to tell, but she also hopes that her strength will give others hope that they can make it through those dark times as well.