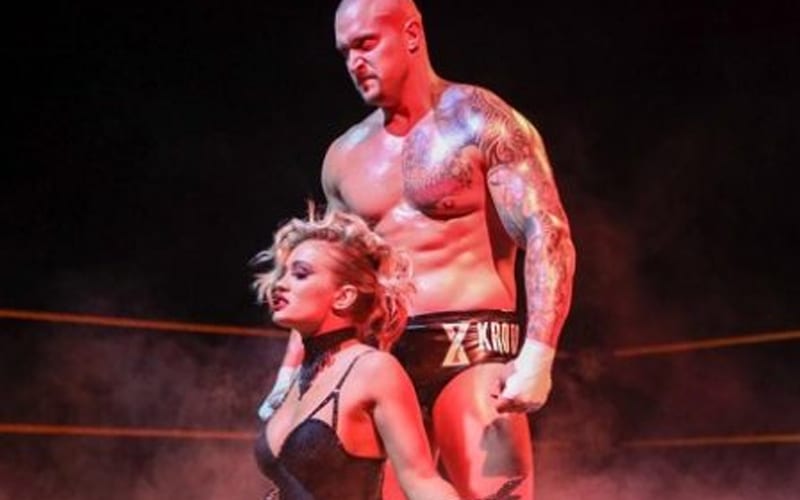 Karrion Kross won the NXT Title, but he had to relinquish it one week later. That separated shoulder is healing up, and he could be ready to make his big return sooner than we think.

WWE NXT WarGames is this Sunday. We will have full coverage here at Ringside News. That event could see Kross’ return to the ring, but we won’t know until his intimidating music hits.

Karrion Kross posted a new teaser message to social media. He said that the “witching hour” is approaching and it’s time to see a “special kind of evil” that lasts forever.

The witching hour approaches. There’s a special kind of evil that never really goes away.

It’s the kind that comes around to punish the awful & to remind the noble to stay that way.

Think of it as a balancing act.

We’re part of The Universe.

The instruction to keep our eyes on the “T I M E” could mean that Karrion Kross is watching the minutes tick tock away until he gets back to action. Fans have certainly missed seeing Kross and Scarlett on the black and gold brand. Those two could have an outstanding entrance in the Capitol Wrestling Center as well.

Do you think we’ll see Karrion Kross return at NXT TakeOver: WarGames? Sound off in the comments below!