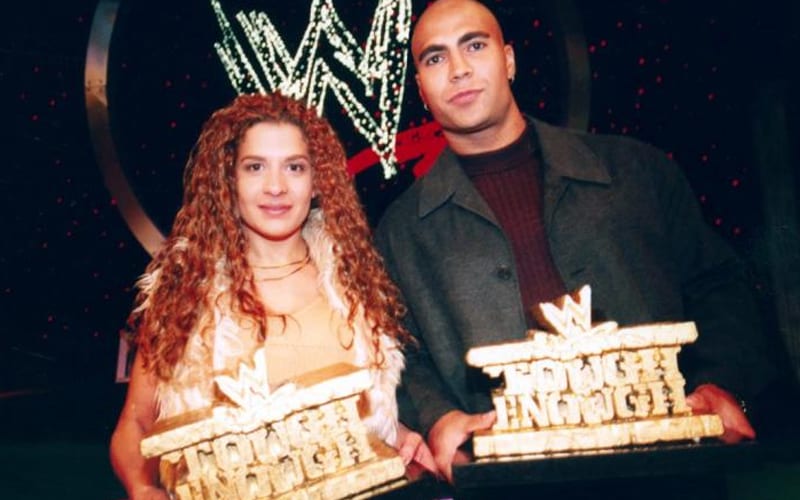 WWE Tough Enough was a reality television competition meant to discover the next WWE Superstar. Maven and Nidia won that first season, and although they didn’t reach huge Superstar status, they still met plenty of legends.

While speaking to Fightful, Nidia revealed that she met Hulk Hogan during Tough Enough and he knew who she was. That was mind-blowing for her. She also said that trainer Al Snow had a special punishment for anyone who “marked out” when a top Superstar came through the doors. This was obviously something they wanted to avoid.

“I ran into Hulk Hogan and he knew who I was. It blew my mind. I was like, ‘You know me?! Oh, my God, you’re f*cking Hulk Hogan! How is this even happening?’ I always liked Mankind. But, I didn’t know the effect that it was going to have to actually meet him. When I met him I lost my stuff. It was just this emotion that came out of me. during Tough Enough.”

“Pretty regularly we’ll have somebody come in. Triple H came in, Kurt Angle came in, and Al would tell us, ‘If you mark out, you’re gonna have to do a hundred squat thrusts.’ For us that was the worst punishment in the entire world. At about forty / fifty, your eyes start crossing. You start seeing the little bubbles in the lights. People would throw up. I think everybody threw up except Maven and I doing these stupid squat thrusts.”

“So, we were very careful not to embarrass Al by acting like a huge fan whenever one of the superstars would come in. I remember when he walked in. I was in the ring. Maven and Josh were wrestling and I was the referee. He walked in the door, and I looked at him, I slid out the ring and I looked at Al. I said, ‘I’ll take my squat thrust.’ I couldn’t help it, it was stronger than I was. I was just like, ‘Hi! I love you!’ He’s like, ‘You know you’re here because of me, right?’ I was like, ‘Really?’ He’s like, ‘Yep. I saw something about you and I pushed for you.’ I was like, ‘Thank you!’”

WWE hasn’t held a Tough Enough season in quite a while. The idea might come back, but the company has other ways of finding their next Superstar without a reality television show. NXT filled that role in a big way.

It’s interesting to know that they had measures in place for the cast members of the original Tough Enough show to ensure that they kept their cool whenever someone famous came around.