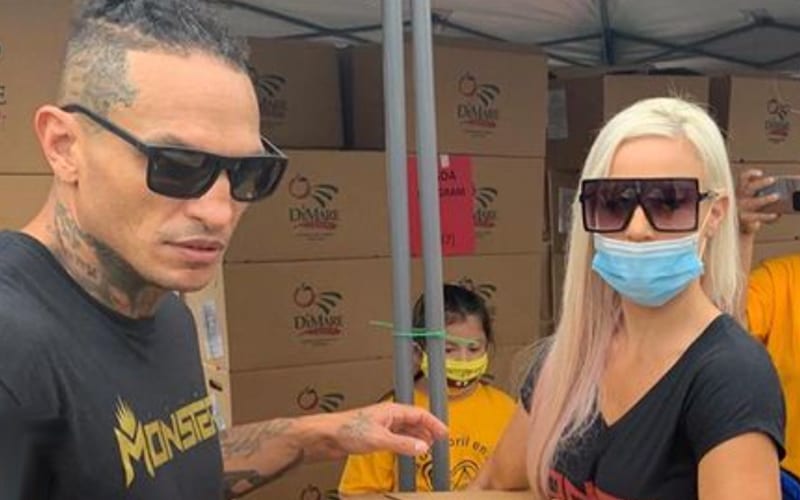 Dana Brooke took part in a charity food drive over the Thanksgiving Holiday, but some fans were not happy about her mask wearing practices.

Brooke received some flack from fans eariler this month when she was spotted not wearing a mask at her boyfriend Uly Diaz’s fight at Bare Knuckle Fighting Championship 14, This is the second time in recent memory that fans called her out for not wearing a mask properly.

Fans also called attention to the fact that Uly Diaz wasn’t wearing a mask at all in the photos she shared. A lot of fans wished Dana and Uly a Happy Thanksgiving, but that didn’t stop others from commenting about the lack of mask wearing while taking part in such a public activity.

Dana Brooke was pulled from Survivor Series when Mandy Rose was taken out of action due to a shoulder injury. We’ll have to see when she is able to get back to action. Hopefully, she’ll be a bit more careful about her mask wearing techniques from now on.