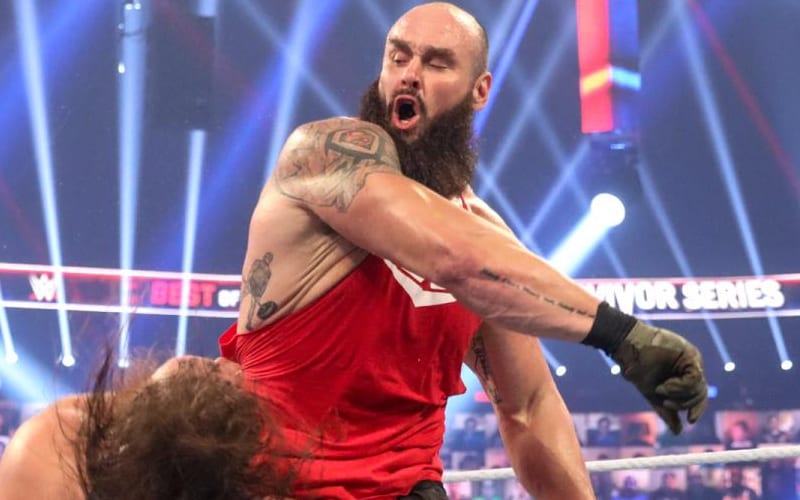 Braun Strowman was reported to be in line for a WWE Title shot at TLC, but then he was taken out of the situation. WWE typically distances a Superstar from a match via the storyline to build momentum for that wrestler eventually getting that match, but this could be a different situation.

Ringside News exclusively reported that Braun Strowman’s name was not on any injury reports, or other internal notes from Raw this week. An injury from Strowman should be on such documentation.

The Wrestling Observer Observer confirmed Ringside News’ report, and added more intrigue to the story. The rumor is that Strowman injured his knee in some fashion at Survivor Series.

Talent saw Strowman getting his knee worked on in the gym, but this is also typical for a WWE Superstar. They are always getting checked up and adjusted when needed. It could explain his storyline suspension.

It was noted that the current plan, as Ringside News reported, is for Braun Strowman to challenge Drew McIntyre for the WWE Title at TLC. “The injury would have to be pretty significant for him to miss it.”

Bumps and bruises are a part of a WWE Superstar’s daily grind. At this time, we’ll have to wait and see how WWE works their way around this situation.