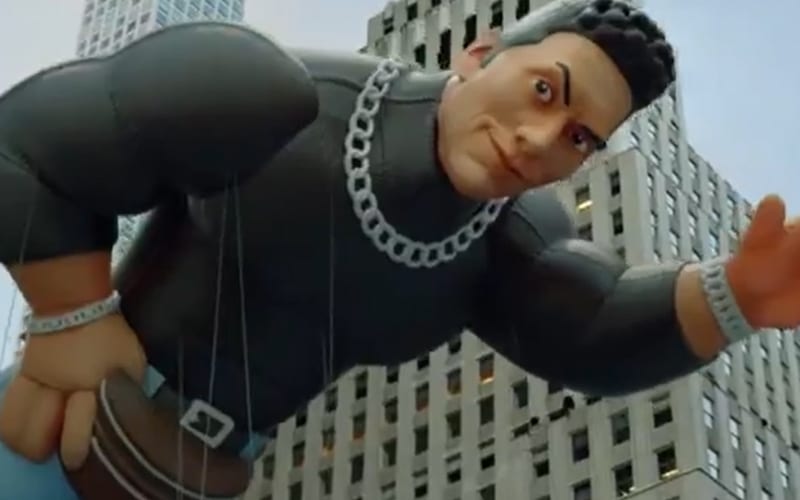 WWE has seen many legends come through the company, but none of the are The Rock. Dwayne Johnson added another accomplishment to his ever-growing resume. He is now a balloon in the Macy’s Thanksgiving Day Parade.

The People’s Champ was immortalized in the famous parade today. This was to promote his upcoming NBC show Young Rock which is currently filming.

Ethan Page, an electrifying entertainer in his own right, tweeted out to ask if The Rock had the greatest float of all time. This is likely not up to debate as he answered the question in a definitive way that The Rock’s addition to the Macy’s Thanksgiving Day Parade cannot be topped.

This is the greatest float of all time right?

#HappyThanksgiving to all my American friends & family!

Enjoy your food & family if you can!

Macy’s really captured The Rock in all his 1990’s glory including his fanny pack.

WWE Superstars get a lot of cool opportunities, but getting your own balloon in the Macy’s Thanksgiving Day Parade is very hard to beat. Now The Rock’s name is up there with other greats like SpongeBob SquarePants, Snoopy, and Clifford The Big Red Dog. This is seriously a big day for The Great One. You can check out the clip below.