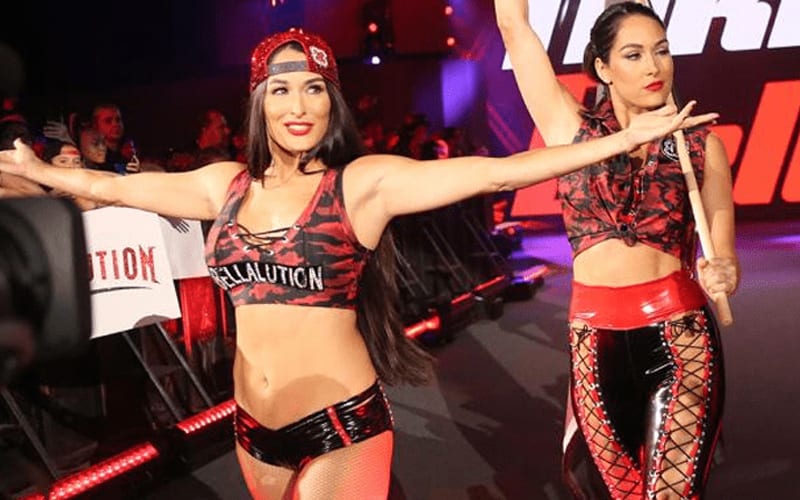 The Bella Twins made headlines recently when they dropped plenty of teases that they have one more run left in them. Nikki and Brie Bella wanted to clear that up, but there is also a lot of hope for an eventual return.

While speaking to Tamron Hall, Brie Bella explained that the Bella Twins aren’t looking to make a return right now. They know the WWE Women’s Tag Team Titles will be waiting for them. They would like to make a return in around two years so their sons can watch their mothers in the ring.

“When Nikki and I left, the Tag Team titles came and we were like, wait a second, those titles are for the Bella twins, how’d they come after us? So Nikki and I said we definitely have one more last run in us. It’s not anytime soon. We’d kind of like to do it in a couple years is what we’re feeling because we’d like our boys to be two and watch us.”

Nikki added that it is “the dream to see them ringside as we compete.”

“But on Bella’s bucket list, it’s to go for those tag titles so it’s definitely, we hope, in our future.”

There were plans for the Bella Twins to take on The IIconics which could have put those titles around Nikki and Brie’s waists. That didn’t come to pass, but a return to the ring isn’t out of the question. This is in spite of Nikki Bella retiring due to neck issues and discovering cysts on her brain.