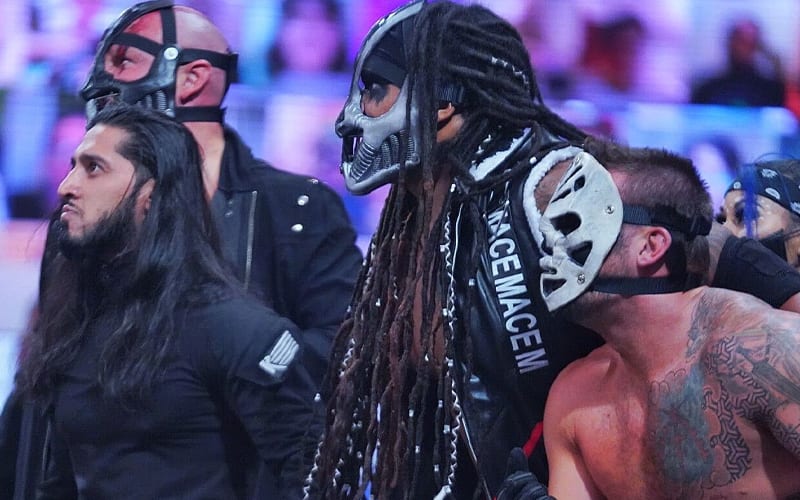 Retribution have been racking up the wins in recent weeks, and they also took over WWE’s Twitter account. All of that extra momentum didn’t see them on RAW this week. They were still around for Main Event.

The Miz and John Morrison welcomed Retribution to a very special episode of Miz TV this week. Mustafa Ali, T-BAR, Mace, Slapjack, and Reckoning were all on Main Event this week, but they didn’t wrestle.

It is interesting that Retribution was featured on Main Event this week, but they didn’t wrestle a match. Instead, they cut a promo with The Miz to further their message in that fashion. It was certainly a “must-see episode of Miz TV.”

WWE had a lot of things that they needed to feature on Raw this week. Obviously, making time for Retribution needed to be moved to Main Event. At least the company featured them in some fashion, and this will likely only add to their angst.