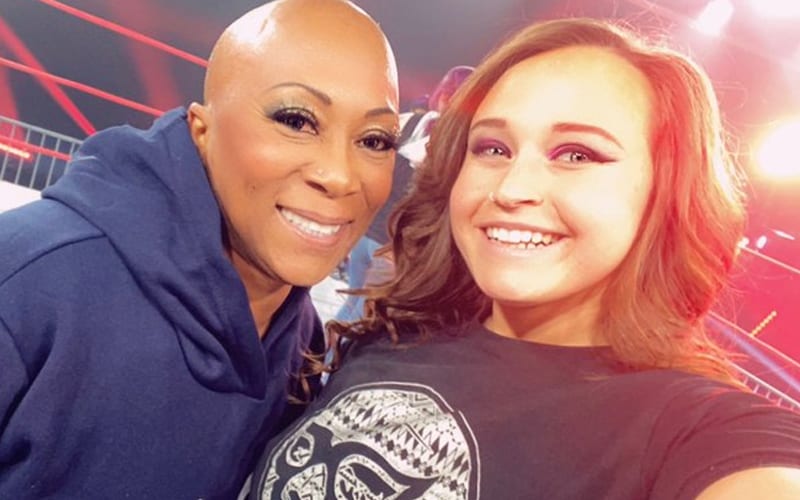 Impact Wrestling is bringing back the Knockouts Tag Team Titles. This also brought a legend to the company. Jordynne Grace didn’t announce her partner in the tournament until this week, and she had a big surprise for fans.

Grace revealed that Jazz is her partner for the tournament. This is very interesting timing because Jazz just announced her retirement from the ring last month during an interview with Chris Van Vliet.

“Guess I can post this now,” Jordynne Grace said as she sent out a selfie with Jazz inside an Impact Wrestling ring. She followed with a question asking “worth the wait?”

Jazz replied saying: “Yes… surprise!!! Thanks again for the call.. how could o have said no to you… love ya… now let’s do this.” She’s obviously ready to get down to business.

We’ll have to see how long of a return to the ring Jazz makes with this appearance. It was certainly not something that we expected to see so soon after she announced her retirement.