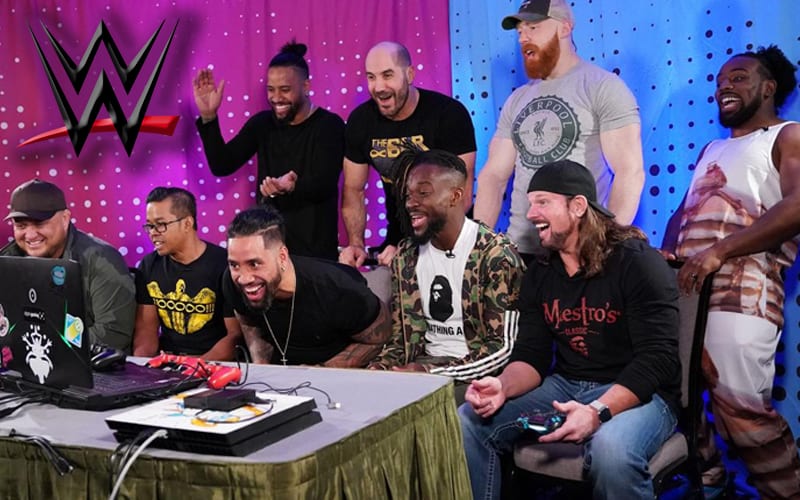 WWE told their Superstars that they need to get off Twitch. Those NXT Superstars who are still on Twitch may continue streaming. The company has plans for their gaming channels and Up Up Down Down is a big part of it.

According to Fightful, WWE has given serval Superstars new titles within the UpUpDownDown channel. Those new roles are not just in name, but they are also learning new skills and will have added responsibility.

Dakota Kai, Jessamyn Duke, Mia Yim and Shayna Baszler were given titles of “Co-Commissioners” on UpUpDownDown. This will involved them contributing to the channel in a much greater capacity.

It is reported that they will “learn the inner workings of UpUpDownDown in an effort to add more content to the growing channel.” They will also get “a lot of freedom and creativity” while producers will help train them in how to work everything.