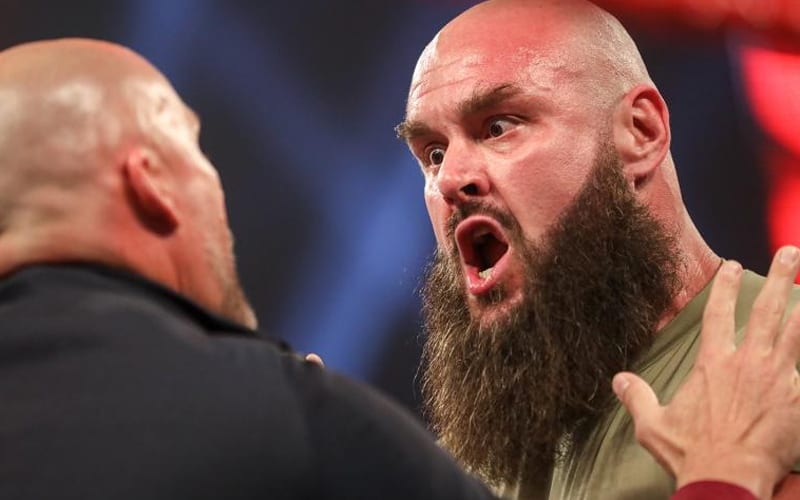 Braun Strowman was kicked out of the ThunderDome last night, and he wasn’t included in the tournament to determine a new #1 contender. Now he is suspended for his trouble.

The company announced that Braun Strowman has been indefinitely suspended following his actions against WWE Official Adam Pearce. He put those hands on Pearce, and WWE suspended him for it.

The company wrote up a very short explanation when breaking the news on their official website.

WWE Digital has learned that Braun Strowman has been suspended indefinitely for putting his hands on WWE official Adam Pearce.

Strowman took exception with Pearce’s plan for awarding a WWE Championship opportunity and lashed out at the WWE official. Stay tuned to WWE digital and social platforms for, as the situation continues to develop

Dave Meltzer confirmed that Braun Strowman is still penciled in to face Drew McIntyre at TLC on December 20th. They are obviously taking the long way around to get him booked in that match with this suspension in play.

Please keep in mind that this suspension is taking place due to something that happened, and was scripted to take place, on television.

It was also reported that WWE changed Braun Strowman from a babyface back to a heel to make this program work. Stay tuned, friends.