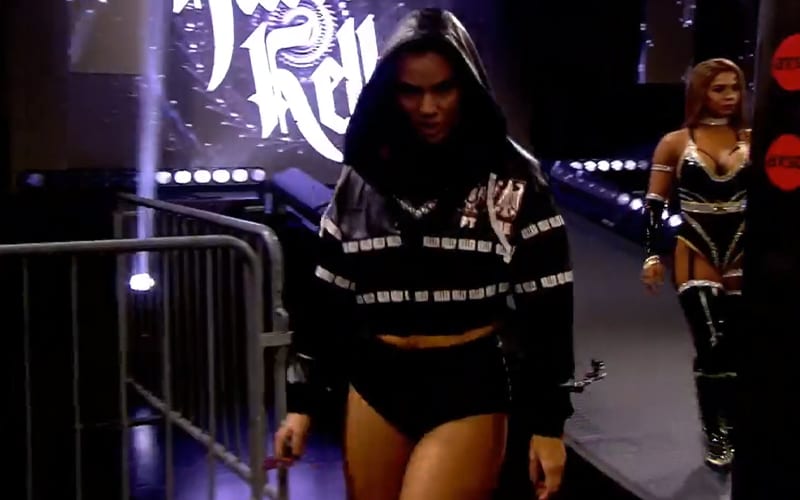 Impact Wrestling is bringing back the Knockouts Tag Team Titles, and that brought in some names from around the pro wrestling world. Former WWE NXT UK Superstar Killer Kelly answered the call.

Killer Kelly will tag with Renee Michelle during the Knockouts Tag Team Tournament. Some might remember Michelle from segments in WWE with her husband Drake Maverick.

Kelly made her first appearance for Impact Wrestling this week to prepare for the tournament. She took on another former NXT Superstar Kimber Lee.

This was a good first showing for Killer Kelly, and Impact Wrestling could be a good place for her. We previously reported that she got into the USA through Mexico during the pandemic. This is how she got booked during the Collective.

She plans to remain in the United States until around December. We’ll have to see how much involvement she can have with Impact Wrestling during that time.