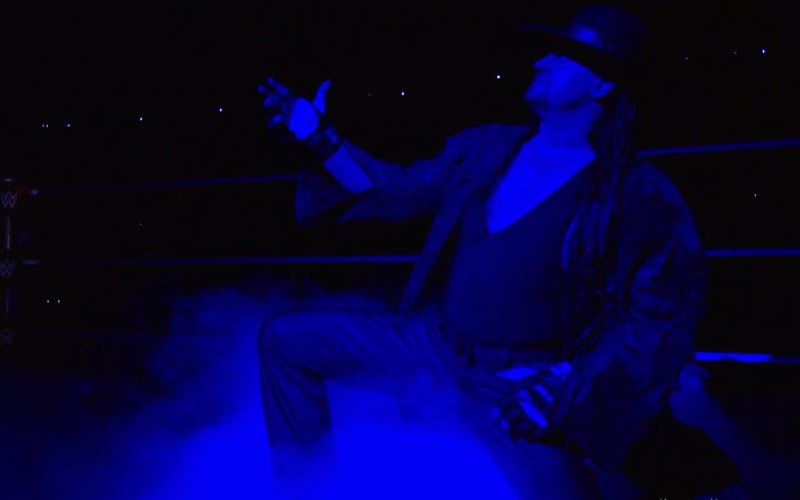 WWE concluded Survivor Series with The Undertaker’s Final Farewell. It was a big reunion in the ring capped off by The Deadman himself.

Click here for our complete coverage of WWE Survivor Series

Michael Cole even made reference to the BSK, Bone Street Krew, The Undertaker’s backstage group of friends. They also brought up Yokozuna on commentary, who died just over twenty years ago.

Vince McMahon was suddenly in the ring after a video package, and he spoke about what The Undertaker has done for three decades. He said that they are there to say goodbye, and he got a bit choked up while delivering those lines.

Then The Undertaker made his way to the ring, and he received all the spectacle that the ThunderDome could give him.

The Undertaker was left alone in the ring while the virtual fans around the ring chanted his name. He said that he’s made “that slow walk to this ring” for 30 years and laid people to rest time and time again. “Now my time has come.”

Chants of “Thank you Taker” boomed around him as he continued. “My time has come to let The Undertaker rest in peace.” Then he struck his iconic pose as Paul Bearer’s “oh yes” played over the speakers. The a holographic version of Bearer appeared before Taker.

He has considered himself retired and said so in recent interviews. This appeared to be a large send-off to retire The Undertaker in a cloud of blue smoke just as he entered the WWE Universe.