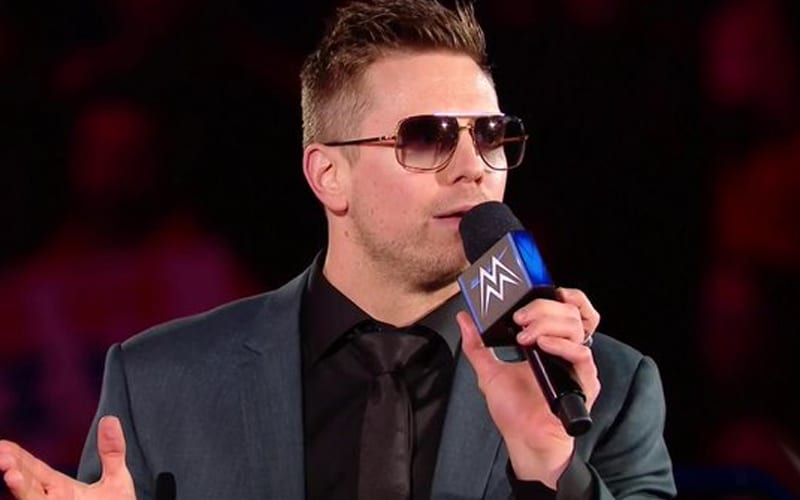 The Miz is a multi-talented individual. He can entertain in the ring and on the silver screen. He can also sing and he wants that opportunity during Ryan Cabrera and Alexa Bliss’ upcoming wedding.

Cabrera and Bliss are engaged to be married, and there are many great stories out about their romance already. The A-Lister wants to add his own page to their storybook romance.

While speaking to TMZ, The Miz said he wants to sing at Cabrera and Bliss’ upcoming nuptials. He has known Ryan Cabrera for 20 years, and he is the man responsible for setting the couple up in the first place. It’s only fitting because Ryan Cabrera sang at The It Couple’s wedding.

“Ryan played mine and [my wife] Maryse’s wedding, like he played our first song — our first dance. So, I think it’s only right for me to return the favor.”

“To have me play your wedding, he did it for me, I should do it for him! It’s just tit for tat.”

We’ll have to see if The Miz gets booked for Alexa Bliss and Ryan Cabrera’s ceremony. Odds are it will be hard to keep a microphone out of The A-Lister’s hands during the wedding reception after they already say “I do.”

If they invite John Morrison to the wedding, then it could become a duet.