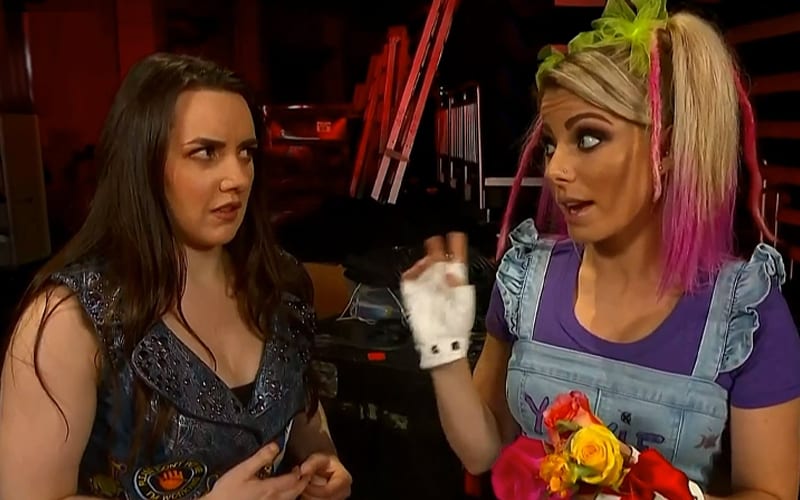 Nikki Cross tried to talk some sense into her former best friend Alexa Bliss, but it didn’t work. Instead, Bliss decided to align herself with The Fiend, because the Firefly Fun House is so much fun.

Cross seems heartbroken over Alexa Bliss picking Bray Wyatt over her. She must forgive herself first, but it will be difficult. The former Bliss Cross Applesauce member tweeted out a sad message along with a photo to illustrate her current situation.

I made a mistake and I’m sorry, but I can’t keep on apologizing for it, I have to begin to forgive myself even if you don’t @AlexaBliss_WWE

The photo that Cross used was from that initial segment where Bray Wyatt’s Fiend emerged to confront Bliss. It appears that Nikki Cross could be blaming herself for Bliss’ entire program with Wyatt.

We’ll have to see what’s next for Bliss and Cross. WWE retweeted Nikki Cross’ tweet, so this is obviously a message that the company wants a lot of fans to see. Alexa Bliss currently has no rival in her program with Wyatt, but she might not be done with Cross.