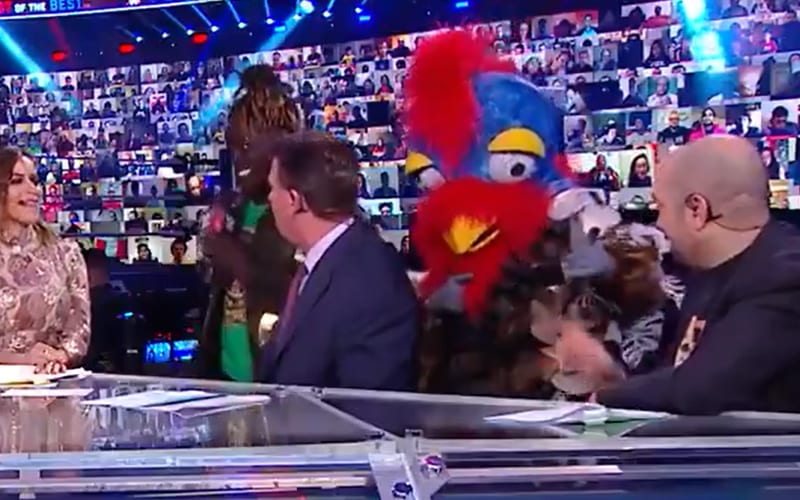 R-Truth showed up during the Survivor Series kickoff show, but he didn’t come alone. He brought a classic WWE character with him, and then the unexpected happened.

R-Truth brought the Gobbledy Gooker with him. They danced, and had some fun with JBL, and then Akira Tozawa showed up with a referee. R-Truth was able to get away from Tozawa, but the Gooker got the pinfall with a rollup.

You can check out a classic Gobbledy Gooker segment with Mean Gene below. The classic character is now the WWE 24/7 Champion. It’s unclear who was in the Gobbledy Gooker outfit at this time.